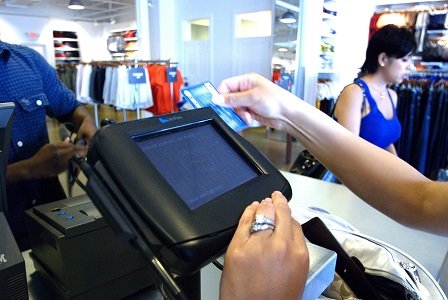 NEW YORK (CNNMoney) — As you stock up on Black Friday deals and holiday gifts, beware of tempting credit card offers from retailers that appear too good to be true.

Many retailers advertise credit cards with an introductory 0% interest rate, which can be a great deal if you pay off your balance in full before the offer period expires. But if you don't, and even if you're only short a couple of dollars, some retailers will charge you what is called deferred interest and retroactively apply the full APR to your entire original balance -- not just the amount that wasn't paid back on time.

It's "as if you never had an interest-free period to begin with," and the average APR charged is a whopping 25%, according to CardHub.com, which analyzed the financing options from 50 of the largest retailers.

Say you open a credit card offering 0% interest for six months that will default to 20% once the introductory period ends. By the end of the six month period, you only pay back $799 of the $800 you spent, and don't pay off the full balance until the next month. If the card carries a deferred interest option, you could end up paying an extra $55, whereas a traditional credit card offer would leave you with $2 in interest, according to CardHub's analysis.

"When consumers see a no-interest offer, they tend to take that at face value, thinking they're gaining a true respite from finance charges for the advertised length of time," said CardHub CEO Odysseas Papadimitriou.

Retailers charging deferred interest include Amazon, Apple, Lowes, Walmart, Pottery Barn and Macy's, according to CardHub, which scored each retailer individually on its policies.

"We all know that too few people truly read the fine print of financial agreements, which means most folks won't find out that they have signed up for deferred interest until their costs are suddenly inflated," said Papadimitriou. The average household already has $6,700 in credit card debt... we don't need hidden costs adding to our problems."