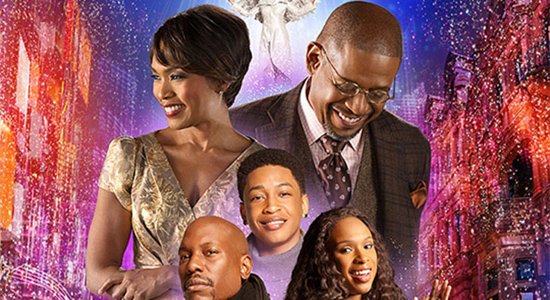 The film, “Black Nativity” based on the Langston Hughes play starring Angela Bassett, Forest Whitaker, Jennifer Hudson, Tyrese Gibson and Jacob Latimore opened in theaters all across the country on November 27, 2013. Courtesy Photo

The buzz surrounding the new holiday film, “Black Nativity,” might turn out to be more about the compilation of talent assembled for the silver screen version of Langston Hughes’ masterpiece, than about the birth of Jesus Christ, which is the prevailing theme of the stage play.

However, audiences ultimately will decide whether, “Black Nativity,” keeps the integrity of Hughes’ play, which became one of the first by an African American to appear on Broadway.

“The movie is a reflection on our time and the everyday miracle of forgiveness, but I did not want an obvious big miracle holiday movie with just the conspicuous hand of God reaching down,” said the film’s director Kasi Lemmons. “I believe that miracles happen every day even in tiny waves and I think that forgiveness is one of those great miracles and that opening your heart will [also] open a universe to different possibilities.”

Lemmons’ directing credits also include the 2007 film, “Talk to Me,” the story of Washington D.C., radio personality, Ralph “Petey” Greene, an ex-con who became a popular radio talk show host and community activist in the 1960s.

Hughes’ play also focuses on miracles and forgiveness. It opens with barefoot singers clad in white robes holding candles, singing the gospel classic, “Go Tell It on the Mountain.”

The late Mike Malone, co-founder of the Duke Ellington School of the Arts in Washington, D.C., staged “Black Nativity,” in theaters around the world, including Paris, Hong Kong, New York and Ohio. The production has become a holiday tradition in many locations, especially in Washington, where staff and students at Ellington will perform the play again beginning December 4.

For the silver screen production of “Black Nativity,” Latimore, 17, plays “Langston,” a frustrated teen from Baltimore. The story chronicles his journey from the single-parent home he shared with his mother, Naima, portrayed by Hudson, to New York where he spends Christmas with his estranged grandparents, the Rev. Cornell Cobbs (Whitaker) and Aretha Cobbs (Bassett).

While the family feuds over past misgivings and a lack of trust, Langston ultimately discovers the meaning of faith and forgiveness.

“I think as a parent we all can relate to when you want the best for your [child] and your family and you want to provide for them,” said Hudson, 32, who rose to fame in 2004 as one of the 12 finalists on the popular Fox television talent show, “American Idol.”

Hudson, a multiple Grammy Award winner, made her film debut in the 2006 film production of, “Dreamgirls,” for which she earned an NAACP Image Award, a Screen Actors Guild Award, a Golden Globe Award and the Academy Award for Best Actress in a Supporting Role.

“I understand Naima, I understand her stubbornness, and not wanting to forgive her family,” Hudson said.

Lemmons and officials from the film’s distributor, Fox Searchlight Pictures, are hoping “Black Nativity,” benefits from the success of other African American movies this year, including the recently-released, “The Best Man Holiday,” “12 Years a Slave,” and, “The Butler.”

Lemmons says she is thrilled with the end result of the film and counts herself fortunate to have been able to bring together such a star-studded cast that also features the rapper, Nas; and model, actor and singer, Tyrese Gibson.

“Getting them all together was a huge challenge,” Lemmons said in an earlier interview. “But, I pretty much got my first choices. Also [Latimore], is just this amazing kid and I knew that this movie rested on the shoulders of this kid. He was the first actor I auditioned, and I knew as soon as he walked into my house and I [had him] read, this was an extraordinary young man. I love this kid.”