The impact of maternal mortality 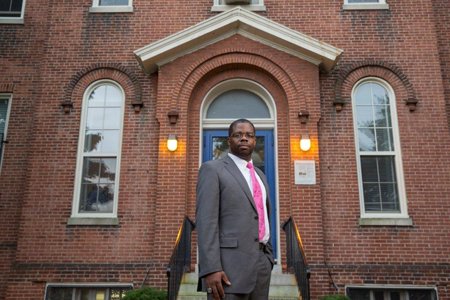 BALTIMORE — Twenty-one years ago, Dr. Doral Pulley and his wife Alecia were happily awaiting the arrival of their twins. The newlyweds’ long awaited moment had arrived. Alecia gave birth to a set of twin girls— Brittney and Courtney. Then, something went terribly wrong.

He added, “I became a single father of two beautiful girls. However, it was difficult being a single parent. I had to discontinue my study at Princeton University and pastoring a church.”

Merck for Mothers, which recently launched a $500 million initiative focused on creating a world where no woman has to die from complications related to pregnancy and childbirth, points out that when a woman dies, the effects on her family are enormous. Merck for Mothers further noted that her baby is more likely to die before the age of two and her other children are up to 10 times more likely to leave school, suffer from poor health, or die prematurely.

However, Dr. Pulley and his twins beat the odds.

“Kids need their mothers and fathers,” he said. “I can’t be a mother and father. A child should not have to live without their mother. However, my in-laws were there to help me. I was an only child, and both of my parents are deceased. My in-laws gave me a break, and encouraged me. I did not know anything about parenting.”

He added, “Once my girls were able to walk and talk, I started pursuing my ministry again and went back to school. I would not have been able to do it without my in-laws. We are a tight-knit family and work together to ensure the girls have everything they need.”

According to Dr. Pulley, his wife died of congestive heart failure and pneumonia. He says he is hopeful his story will help others.

“This changed the entire dynamic of our family,” said Dr. Pulley. “I want children to stop being without their moms. I want this to be reduced. I want this to stop. Alicia knew inside that something was not right. She was told she had a cold, but it was not a cold. This could have been prevented. Families need to pay attention and get a second opinion.”

Dr. Priya Agrawal is the executive director of Merck for Mothers. Drawing on the company's history of discovering innovative, life-saving medicines and vaccines, Merck for Mothers is applying Merck's scientific and business expertise— as well as its financial resources and experience in taking on tough global healthcare challenges— to reduce maternal mortality around the world.

“I want women to pay attention to their bodies and advocate for their care,” he said. “This program will be a huge help. My hope is that maternal death could be reduced or even eliminated.”