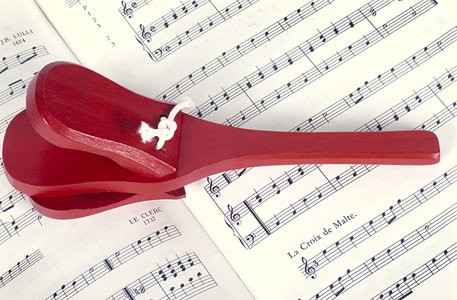 1954 was a notable year. The United States Supreme Court ruled in unanimous decision that segregation in public schools was unconstitutional in the landmark case of Brown v Board of Education. Baseball great Hank Aaron hit his first major league home run and polio vaccinations of children began. The iconic Boeing 707 jet made its maiden flight and RCA manufactures the first color TV set.

It is also the year Willis Keeling taught his first music class at Our Lady of Victory, an all girls’ Catholic school in Portsmouth, Virginia. In a remarkable career that spans seven-decades he continues to perform musical alchemy by turning a new student’s dissonant notes into beautiful, harmonious melodies.

Keeling is currently the orchestra teacher at the Waldorf School of Baltimore, an independent school located in the Coldspring Newtown community. I am the development manager at the school, as well as the parent of one his students. Each day, he greets his students looking quite dapper in a suit, tie and perfectly polished shoes. He is what my mother used to refer to as a “courtly gentleman.” Nowadays his teaching style and comportment would be called “old school” in the best sense of the expression.

Keeling has everything you want to see in a great teacher. He is pleasant, sometimes jovial in professional conversations with colleagues. However, in his music room he is a no-nonsense, serious concertmaster, with the patience, grace and wisdom reminiscent of my grade school teachers.

His students hold him in the highest regard. On those rare occasions when a pupil misbehaves he commands attention and respect with a silent, look of disapproval that quickly restores order to his lesson.

Inspired by his own teachers, he knew at the age of eight that he wanted to be

a music instructor. “I love teaching music,” says Keeling, who has taught hundreds of students of all ages.

He was a vocal music instructor at several junior high schools in Virginia and the District of Columbia, and taught orchestra at Baltimore’s Clifton Park High School. Keeling was a professor of music at Catonsville Community College from 1970 to his retirement in 2004. After his retirement, he taught private lessons at a piano studio before joining the faculty of the Waldorf School in 2008.

When asked about the educational benefits of music lessons he said, “The study of music teaches valuable skills like working together and enhances organizational skills. It teaches students to think logically. Children learn how to read and ‘speak’ another language. A universal language not limited to people of a certain country, it can be spoken and understood by everyone, anywhere.”

Keeling shared his thoughts on the importance of daily practice saying, “Practice before each class and rehearsal is crucial and should be taken seriously.” He says at a minimum “the beginning student should practice a few minutes each day, learning to hold and articulate tone on the instrument, according to the teacher’s instructions.”

“After the beginning student has mastered this stage, he or she can begin practicing assigned material daily, beginning with five, 10, and 15 minute practice periods. This should move eventually to 20 to 30 minute sessions. Ideally students should practice each day.”

A good practice session should be close to the following:

This is only a guide, says Keeling. “After the warm-up, the practice may vary according to individual need and difficulty of the music being studied.”

Jayne Matthews Hopson writes about educational matters because “only the educated are free.”