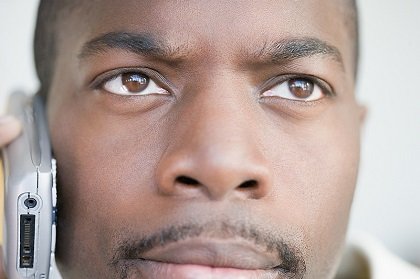 Effective October 1, 2013, two new traffic safety laws that were passed during this year’s Maryland General Assembly will immediately alter motorists’ current driving habits, and help make the roads safer for children and all highway users in the long term.

After an unsuccessful attempt last year to revise the current handheld cell phone ban to make it enforceable as a primary offense instead of secondary, Maryland legislators this year were successful in passing HB 753/SB 339. This stronger piece of legislation, which AAA Mid-Atlantic supported, will enable law enforcement to stop a violator of the handheld cell phone ban based solely on that violation. Currently, the violation is enforceable only as a secondary offense, so a driver can be cited only if stopped for another offense, such as speeding.

The revised measure impacts motorists talking on a hand-held cell phone while their vehicle is in motion. Fines for first-time violators will now be $75 (previously the fine was $40) and will increase with each subsequent offense. No points will be assessed to a motorist’s license unless the violation contributes to a crash.

“We are pleased that the Maryland General Assembly recognized the importance of strengthening the handheld cell phone ban, as it will now serve as a real deterrent to motorists and enable police to better enforce the existing law. This measure will help stem the epidemic of distracted drivers in Maryland,” commented Ragina C. Averella, Manager of Public and Government Affairs at AAA Mid-Atlantic.

Based on preliminary Maryland motor vehicle crash data for 2012, approximately 58 percent (52,136) of the 89,655 total vehicle crashes involved a distracted driver, according to the Maryland Motor Vehicle Administration’s Highway Safety Office.

SB 87 will require all passengers 16 years and older sitting in the rear seat of a vehicle to wear a seat belt. This new rear seat belt law, which carries a $50 fine, is enforceable as a secondary offense only, which means a police officer must pull over a driver for another offense, such as speeding, before a citation can be issued.

Children under 16 years of age are already required by Maryland law to wear a seat belt in the rear seat unless the child is under the age of eight, who is then mandated to ride in a child safety seat, unless the child is four foot, nine inches or taller.

“While the rear seat is the safest place to ride in a car that does not mean passengers should not buckle up. Unbelted back seat passengers are just as vulnerable to injuries or even death in a crash as those in the front seat,” said Averella. “Wearing a seat belt is your best defense against injury or death in the event of a crash.”

The new legislation also increases the fine from $25 to $50 for violating the requirement to use a child safety seat or a seat belt, as appropriate, for any specified motor vehicle passenger younger than age 16. It also eliminates an exemption that formerly allowed a driver to have more child passengers in a vehicle than the number of seat belts or safety seats in the car.

For more information about AAA Mid-Atlantic, visit the website: http://www.AAA.com.