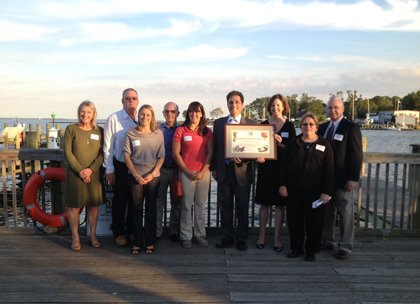 Annapolis is the 71st in the country and the second in Maryland to receive this honor. A Community Wildlife Habitat project creates multiple habitat areas in backyards, schoolyards, corporate properties, community gardens, parkland and other spaces.

At the time Annapolis received notice of certification, 159 homes were certified. The City certified five schools,

including two public elementary schools, a private school, a University, and an Environmental Education center.

The City had already implemented many environmental programs and projects that were conducive to wildlife habitat education prior to the designation, including stormwater and tree ordinances and an

The NWF commends the dedicated staff at the Department of Neighborhood and Environmental Programs (DNEP), the Recreation and Parks Department, as well as the residents, for their wildlife conservation efforts and for coming together for a common purpose - to create a community where people and wildlife can flourish.