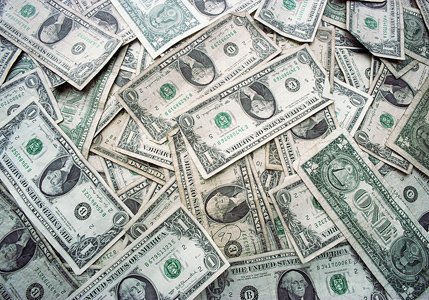 In a recent article I posed the question, “Hey, Chocolate City, where da money at?” Well, the Congressional Black Caucus Foundation (CBCF) gave a resounding answer to that inquiry on Tuesday, September 17, 2013. Starting a new campaign to strengthen the economy in black communities, the organization, under the leadership of board chairman, Congressman Chaka Fatah, (D-PA), announced it would invest $5 million with black banks, “as part of a broader effort to increase the availability of loans for businesses and individuals in African-American communities.” I applaud the CBCF for this initiative; it is a great example of how we can leverage the dollars over which we have control and stewardship.

The CBCF said here’s our money, and our members are doing the right thing with it.

“I commend the CBCF for its initiative and commitment to launch what could – and should be— a movement across this nation,” said Grant of the NBA. “They initiated this effort without being prodded, begged, or persuaded. They did it of their own volition and understanding of how this economy works, as well as the very important aspect of building businesses and strengthening the asset base of black owned banks. We cannot thank them enough.”

Of course, after my kudos come my questions. As commendable as the actions of the CBCF are, they do bring forth questions in my mind regarding other institutions, organizations and associations. I want to start with the NAACP because Ben Jealous recently announced his resignation, and while doing so lauded the organization’s tremendous increase in fundraising under his leadership. Under Jealous, the donor base grew from 16,422 in 2007, just before he started, to 132,543 last year. Revenue has grown from $25.7 million in 2008 to $46 million in 2012, according to him.

As we know, $46 million is a lot of money. How much is deposited or invested in black banks? With both Harbor Bank and Industrial Bank in the immediate vicinity of NAACP’s national headquarters, I hope most, if not all, of those funds are already, nestled away and doing great work in those two fine black banks. The CBCF had $5 million and they did the right thing with it. Has the NAACP done the same with its $46 million?

Hey, Marc Morial and the National Urban League, you’re next. Where is your money? How many millions do you control? Any black banks listed on your financial statements? I know there must be, in light of the fact that you work hard to establish new businesses and create more jobs. Surely the CBCF has nothing on you, right? This is not a trivial or unimportant question. Here in my hometown, in 1996-99, a black-owned credit union was started just across the street from our local Urban League office building. Although asked to do so, the Urban League did not have an account at the credit union. I know this is 2013 and we are much more enlightened and conscious nowadays, but “I’m just saying,” you know?