RIP the American Dream: The undereducated need not apply 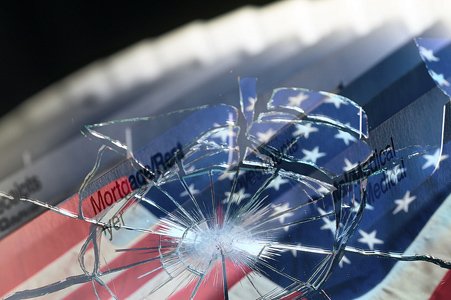 Tyler Cowen, one of the world’s most influential economists has written a new book titled “Average is Over: Powering America Beyond the Age of Great Stagnation.” In his bestseller, Cowen explains why people with a mediocre education and no skills will have no productive place in society. Predicting, “a steady, secure life somewhere in the middle— average— is over.”

“High earners are taking ever more advantage of machine intelligence in data analysis and achieving ever-better results,” says Cowen. “Meanwhile, low earners who haven’t committed to learning, to making the most of new technologies, have poor prospects. Nearly every business sector relies less and less on manual labor, and this fact is forever changing the world of work and wages.”

It’s not difficult to find examples that support Cowen’s supposition. My high school classmate and good friend Rodney Carter is vice president of Black Professional Men, a Baltimore-based mentorship program for college-bound males. In a conversation about last week’s Education Matters column on the lack of jobs for recent college graduates, Rodney told me in his experience, college internships are key to gaining employment right out of college.

He said it is a fact companies award internships based on the student’s major and grade point averages and matter in those hiring decisions. His best advice was from the moment a student begins college he or she must work hard to not just graduate but to earn the highest grades. While being an average student may get you a diploma, it does not put you in the running for good, high paying job.

An article published in The Economist titled “The American Dream, RIP?” says political leaders on the left and right believe that idea is “unthinkable.” Nevertheless, Cowen makes a strong, credible case that our country “has used up the low-hanging fruit of free land, abundant labor and new technologies.” For African Americans “abundant labor” is code for those high paying, unskilled jobs that began disappearing at companies like Bethlehem Steel in the middle 1970’s.

Cowen’s book suggests that despite the devastating effect this shift has already had on the black community, “the disruptive effects of automation and ever-cheaper computer power have only just begun to be felt.” Of course African Americans have been suffering for years from this shift. However, now that the majority community is feeling the pinch, the country is finally turning its attention to this problem.

The Economist article makes one of the strongest cases for the importance of a good education that I have ever read. It says, Cowen “describes a future largely stripped of middling jobs and broad prosperity. An elite 10-15 percent of Americans will have the brains and self-discipline to master tomorrow’s technology and extract profit from it. They will enjoy great wealth and stimulating lives.”

In stark contrast “Others will endure stagnant or even falling wages, as employers measure their output with ‘oppressive precision.’ Some will thrive as service-providers to the rich. A few will claw their way into the elite (cheap online education will somewhat level the playing field), bolstering the idea of a ‘hyper-meritocracy’ at work: this ‘will make it easier to ignore those left behind.’