An American Promise Shines at the 2013 New York Film Festival 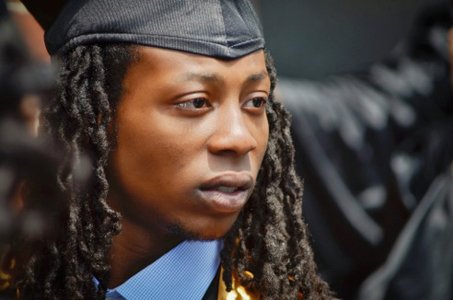 NNPA — As the New York Film Festival kicked off its 51st year, African heritage films were few and far between, but exceptional. 12 Years A Slave stole the spotlight as it leads the Oscar race for Best Picture. The thought-provoking documentary American Promise is the modern-day bookend to a movie like 12…, as it focuses on how the African American middle class makes tough decisions about education. Other NYFF films brought attention to topical matters or entertained audiences.

American Promise (*1/2) A very invasive camera, wielded by filmmakers Joe Brewster and Michele Stephenson, follows their son Idris, from ages 5 to age 17, as he and his buddy Suen enter the very prestigious/pretentious preparatory academy The Dalton School. An academically-focused and emotionally-unsupportive institution eats up these wide-eyed Brooklyn interlopers. Self-esteem, character and sense of Black culture are tested to the extremes. Their stage parents encourage them, but as you watch them wallow in misery, you question whether a mostly all-White private school is the best alternative. Says one of the parents: “Dalton School will open up doors for him for the rest of his life.” When the final credits roll, when Idris looks as if he has been emotionally scarred by his education, you question his parents’ reasoning and whether you’d want your kids to have the same experience or be filmed incessantly.

Either way, in African American households and university classrooms, this provocative film will spur debate about private schools vs. public schools, integration, assimilation, round-the-clock homework, class and race for years to come. And thanks to the trail of discovery Idris and Suen left behind, it’s also a very revealing, sometimes astounding look at child development courtesy of the fly-on-the-wall camerawork. It’s like sitting on a tree and watching two caterpillars turn into butterflies.

Captain Phillips (1/2) Ripped from the headlines, some might argue without much forethought, this screen interpretation of a true-life kidnapping incident off the coast of Somalia follows the heroic efforts of a freighter’s captain (Tom Hanks in a strong performance) as he tries to save his crew and cargo from gun-flashing pirates. You’d think that filmmaker Paul Greengrass, based on his intuitive writing and direction of the film Bloody Sunday, a dramatization of the Irish civil rights protest march and subsequent massacre by British troops in 1972, would bring political/social gravitas to this project. He doesn’t. This is a quick-paced, one-dimensional action/drama that is riveting but void of intellect and artistry. The Hanks character has depth. The pirates, played perfectly by first time actors Barkhad Abdi, Barkhad Abdirahman, Faysal Ahmed and Mahat M. Aliand, Somali immigrants from the Midwest, have none. No one is born a pirate, how and why did these men become kidnappers? Their back-story is probably is as fascinating as Phillips’.

Inside Llewyn Davis (*1/2) The Coen Brothers, Ethan and Joel, as director and producer, have created a string of quirky movies that have established them as American filmmaking icons: Fargo, True Grit, No Country for Old Men… Their creative well has run dry with this ever so slight and unmemorable portrait of a 1960s Greenwich Village folk singer who can’t find respect or a place to live. Oscar Isaac plays the lead, and his dull performance is as pointless as the script, direction and cameo by Justin Timberlake.