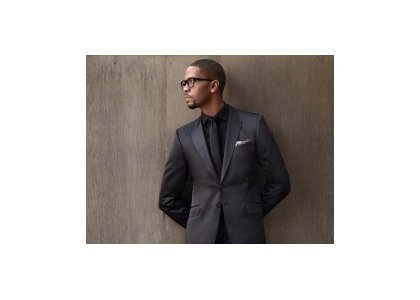 Donald Lawrence released his newest album titled “Vol. I: Best for Last” in celebration of 20 years in Gospel music.

Grammy Award winning Gospel singer, songwriter and producer Donald Lawrence released his newest album titled “Vol. I: Best for Last” in celebration of 20 years in the Gospel music industry on the Quiet Water/Entertainment One Music imprint.

Lawrence is currently on the “Best for Last” tour, which started September 19, 2013 and ends on November 2, 2013 in Los Angeles at the Nokia Theatre at L.A. Live.

“Best for Last” is co-produced by Lawrence, Daniel Weatherspoon and Percy Bady.

“I was actually music director for Stephanie Mills and I had a lot of songs,” he said when asked about the start of his solo career over 20 years ago. “I just wanted to record the songs. Then a choir recorded one— it just evolved.”

My favorite cuts on the album include “The Gift” for the lead guitar support; and the title track “Best for Last” featuring Yolanda Adams because it is such a great inspirational song. Both songs reached Gospel’s Top 5 Charts when they were released as singles. I also liked “Mighty God” featuring Coko (SWV)— the choir rocked the background vocals, and “Instrument” featuring Rudy Currence, because of his impressive vocals.

For more information about the album or the tour, visit: www.DonaldLawrence.com.