Kleon Da Comedian: Reaching for the stars one laugh at a time 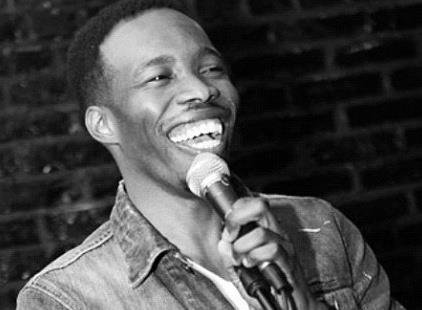 Comedian Keith Kleon Norman was just 10 when he realized telling jokes was a way to make others smile. He later recognized his talent was an opportunity to embrace gifts that would guide his path to stardom.

Keith Kleon Norman was born and raised in the Lexington Terrace area of Baltimore City. He recalled his earliest experiences of making others laugh, “Throughout my life, I was always entertaining people in my neighborhood, in school and at work. Friends and family would always suggest to me that I should take the career path as either a comedian or an actor, but I chose to pursue a career in stand-up comedy because that’s where my passion began.”

To date Norman, who goes by the stage name Kleon Da Comedian, has performed in over 29 cities across the United States at venues such as the Fox Theatre in Atlanta, Georgia; Texas Arena in Dallas, Texas; and Jokes N Notes in Chicago, Illinois as a featured act.

In 2010, he won the “Warner Brothers Short Film Contest” for his film “Standing in the Mountains.” That opportunity provided momentum for the self-taught film editor, videographer, director and producer to embrace his multi-talented abilities. In 2012, he independently produced the film “Bluffin,” which garnered a legion of supporters with over 20,000 copies sold by word of mouth.

Kleon Da Comedian returns to the spotlight with a stage play “Boyz to Men” in which he stars, as well as wrote, produced and directed. The performance will be held at the University of Baltimore on October 19, 2013 with shows at 8:30 p.m. and 10 p.m.

To learn more about Kleon Da Comedian or for tickets to the performance of “Boys to Men, call 443-597-3760 or visit: www.facebook.com/kleon.dacomedian.