The Name Game: Are Emily and Greg chosen over Lakisha and Jamal? 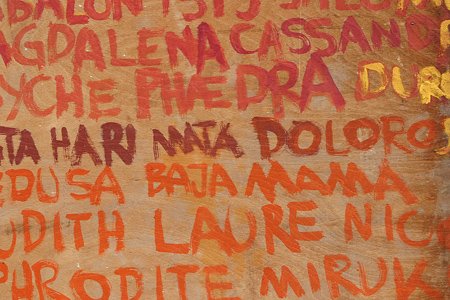 Between 1892 and 1934, millions of Eastern European immigrants poured through the port of New York’s Ellis Island. In a quest to blend in and successfully pursue the American Dream, one of the first things many of these new arrivals did was change their name. Gaetano, Franco, Gustavo and Josef routinely became Guy, Frank, Gus and Joe.

Last names were frequently changed as well. Petrasovich became Preston, Noblinski dropped two syllables to become Noble and Schmidt was shortened to Smith. “The rational was simple,” says New York Times writer, Sam Robert. It was an accepted practice to adopt names that sounded more American as a way to “speed the assimilation process, deter discrimination, gain acceptance at top tier colleges or just be better for the businesses [immigrants] hoped to start in their new homeland.”

The practice of name changing to advance one’s social, economic or academic status has largely stopped. Researchers are unsure exactly when the shift occurred. One theory has a connection to the civil rights movement. Within the black community, the introduction and acceptance of ethic-sounding names became a means of promoting racial pride but at what price?

Though seldom openly discussed, there are some who suspect giving a black child “a very African American sounding name” is setting him or her up for racial discrimination. If true, the impact of prejudicial treatment could significantly limit a child’s academic and work opportunities.

I could not locate any scholarly studies on racial discrimination in schools based on a student’s name. However, a friend brought to my attention a copyrighted research paper funded by the National Bureau of Economic Research (NBER) titled “Are Emily and Greg More Employable that Lakisha and Jamal?” Given that the first institutional identification of a child by their name generally begins in school, it is not difficult to draw academic parallels to the findings on treatment in the workplace based on perceived ethnicity.

The NBER’s think tank conclusions mirror my own experience from several years ago when I worked as an admissions associate in a private grade school. My experience is of course anecdotal. It is nevertheless noteworthy. Sometimes the poor treatment of applications submitted by students with African American sounding names was overt. Remarks were made questioning the family’s inclination and capacity to pay the tuition or doubts were expressed about the child’s ability to keep up with the school’s academic standards.

In other instances, the observations were subtle but no less astounding. Either way the intent was clear, students thought to be black required closer scrutiny to determine if they would be a “proper fit” and deserving of being calling in for a school interview. Perhaps most shocking to me is some of my black peers were the harshest practitioners of discrimination towards applicants thought to be African American!

So, what does the research reveal? NBER Faculty Research Fellows Marianne Bertrand and Sendhil Mullainathan state “A job applicant with a name that sounds like it might belong to an African-American— say, Lakisha Washington or Jamal Jones— can find it harder to get a job. Despite laws against discrimination, affirmative action, a degree of employer enlightenment, and the desire by some businesses to enhance profits by hiring those most qualified regardless of race, African-Americans are twice as likely as whites to be unemployed and they earn nearly 25 percent less when they are employed.”

Here is how Bertrand and Mullainathan measured discrimination. “In response to help-wanted ads in Chicago and Boston newspapers, they sent resumes with either African-American or white-sounding names and then measured the number of callbacks each resume received for interviews.

Critics point out a weakness of the study. Since it “simply measures call backs for interviews, not whether an applicant gets the job and what the wage for a successful applicant would be, the results cannot be translated into hiring rates or earnings.” However, if an applicant with a black sounding name is not called in for an interview he or she has a zero percent chance of getting hired for the job.

Jayne Matthews Hopson is a writer who believes education matters because “only the educated are free.”