Educators will have direct channel for harassment to be investigated 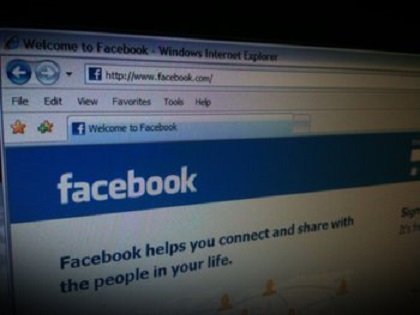 “Too often, we read headlines about cyberbullying that inflicts serious emotional trauma on children, or worse yet, ends in tragedy,” said Attorney General Gansler. “We can no longer brush off these episodes and we must reject a ‘kids will be kids’ mentality that ignores how to confront this troubling trend. I commend Facebook for working with us to give educators a more streamlined way to report possible instances of cyberbullying among their students.”

“Facebook continues to look for ways to help parents, teens and educators better understand the safety features build into our service,” said Facebook Safety Team Member Brooke Oberwetter Coon. “We thank Attorney General Gansler for his national leadership on the issue of online safety and for working with us to create this pilot program in Maryland.”

The launch of the Facebook initiative, formally called the Educator Escalation Channel, coincides with the start of National Bullying Prevention Month. It also comes just two days after legislation that cracks down on teen cyberbullying took effect in Maryland. Grace’s Law, named after 15-year-old Grace McComas, a Howard County teen who took her own life in April 2012 after constant online harassment, makes bullying a minor on social media sites a misdemeanor offense. That law is an extension of legislation passed in 2012 and spearheaded by Attorney General Gansler that broadened the crime of e-mail harassment to include other forms of electronic communication, including text messaging and social media.

Nearly one-third of all schoolchildren, or almost 13 million students, are bullied each year, according to PACER’s National Bullying Prevention Center. One million children experienced cyberbullying on Facebook in 2011, according to a Consumer Reports survey.

“Public school superintendents are pleased and appreciative of any effort to educate our young people on the proper use of social media and to combat those who willfully intend to harm and defame students attending our schools,” said Carl D. Roberts, executive director of the Public School Superintendents’ Association of Maryland. “We are appreciative of the efforts of Attorney General Gansler and those at Facebook for their efforts on this critical matter.”

The pilot project is designed to streamline reporting of potential cyberbullying occurrences on Facebook that may not be resolved through Facebook’s normal reporting process or demands more immediate attention.

Each school system will identify a single point person responsible for direct communications with Facebook. All educators are urged to first report questionable or prohibited content through the standard reporting mechanism. If the issue is not resolved within 24 hours, educators should contact their school system’s designated point person to accelerate the report through the Educator Escalation Channel. (Educators should immediately contact local law enforcement if the situation is believed to be an emergency.)

In addition, Facebook provides multiple other safety resources, uniquely designed for parents, educators, teens and others. Users should visit the Facebook Safety Center for more information.