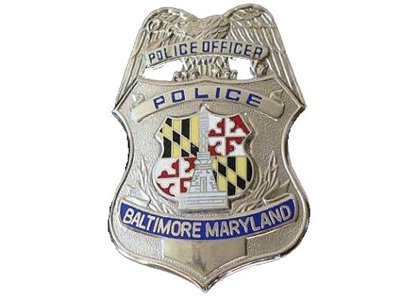 There is only one reaction that we should have to the revelation that Baltimore Police Commissioner Anthony Batts made an “investigative stop.”

That reaction would be one word: Huh?

The euphemism “investigative stop” is another way of saying “stop and frisk,” a law enforcement practice that has fallen into disfavor after being routinely abused by the New York Police Department in recent years.

So Batts and Co. have decided that Baltimore police will not “stop and frisk.” Instead, they will make investigative stops, like the one Batts himself made recently of an alleged member of the gang known as the Black Guerilla Family.

Here are the details, as given in a Baltimore Sun story from Sunday, October 6, 2013:

“Batts told reporters on September 26, 2013, that he and his security team had conducted what the department now calls an ‘investigative stop’ in the Coldstream Homestead Montebello neighborhood. In making the stop, Batts said he was acting on information from a confidential informant.”

Excuse me, but aren’t confidential informants often— in fact almost always— criminals themselves, the dregs of humanity?

Ah, but there’s more. This story gets better and better, or worse and worse, depending on where you come down on things like civil liberties and police following constitutional practices.

Below is a direct quote from Batts: “What we explained to him was we had information that he was a hit man or enforcer. That I wanted him to know that I knew he was a hit man, and I went to talk to him we patted him down for weapons.”

Huh? That is NOT how a Terry stop is supposed to go. For a Terry stop to be legal and constitutional, a police officer has to have a reasonable suspicion that the person he is about to stop and frisk either has committed or is about to commit a crime.

Said reasonable suspicion has to be based on what the police officer observes a suspect doing, not the word of some miscreant that might also be masquerading as a confidential informant.

The term “Terry stop” comes from a 1968 Supreme Court ruling in a case known as Terry v. Ohio. A Cleveland police officer noticed three losers casing a downtown store and suspected they were about to rob the joint.

The officer stopped and frisked all three, recovering guns from two of them.

The justices ruled that both the stop and frisk were constitutional; they held that the officer didn’t need probable cause in that situation, only the “reasonable suspicion” that the three losers were up to no good.

Batts’ reasonable suspicion was based on what the confidential informant said, not what he observed. Result: our police commissioner made what, it seems like, was an illegal Terry stop.

But you know the folks at our BPD: to hear them tell it, their policies are NEVER wrong.

So it should come as no surprise that when Baltimore Sun reporter Justin Fenton, who handles the cop beat, asked for details about Batts’ “investigative stop,” he got what amounted to a brush-off.

Huh? By law, Terry stops require documentation. That means neither Batts nor anyone else has the luxury of “declining to elaborate.” The law says the man has to elaborate.

However, there is one comment coming from Baltimore’s cop shop that requires no “Huh?” answer. It’s this little gem that was part of Fenton’s story.

“The department also denied a request for documentation related to the stop, saying its release would ‘constitute an unwarranted invasion of personal privacy; prejudice an investigation and endanger the life and physical safety of an individual.”

No “huh?” necessary here. We all know what this is, don’t we?

It’s classical cop-ese that means, “We don’t want to answer that question, and don’t feel we have to.”