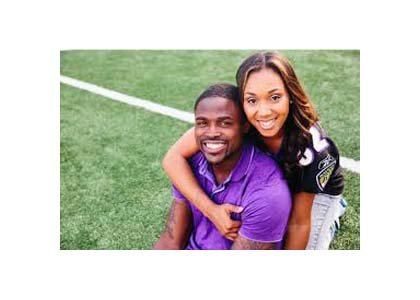 BALTIMORE — Hip hop culture has an unquestionable influence in mainstream society including the video game, television and sports.

Torrey Smith, wide receiver for the Baltimore Ravens, is not only known for his dedication on the field as a strong offensive player, but also his daily “Good morning y’all” tweets as well as his twitter that often references about his favorite hip hop artists and lyrics.

Smith says there is a link between athletes and the hip hop culture. “I think so there is a connection. People often hear entertainers say they want to be athletes and/or athletes may say they want to be entertainers. It kind of goes hand in hand. I don’t necessarily agree with it because I don’t want to be a Rapper, but I do love the music in terms of the talent and different rap styles. I just don’t have an interest in doing it.”

Smith says he’s been listening to rap music for year and relates to many of its themes, “I can definitely relate to hip hop music from my childhood to where I am now. I can especially relate to what an artist like Drake says through his music when he speaks about working your way up to obtain a certain position or goals and the challenges that come with it. Whether it’s friendships, finances or people treating you differently because you have accomplished success; it relates to true life situations.”

Smith notes some if his favorite artists such are Lil Wayne, Drake, Jay-Z, and Pusha T. as well as Meek Mills. He also is familiar with hip-hop artists King Los and Caddy Da Don who are both natives of Baltimore.

Earlier this year, Torrey Smith and his wife Chanel Smith, a devoted schoolteacher created a rap video to motivate Maryland students preparing for a state standardized test. The Maryland School Assessment tests (MSA) are given to children in grades 3rd-8th to test reading and math levels. The YouTube video “MSA Rap Take 2” has received on 47,000 views to date.