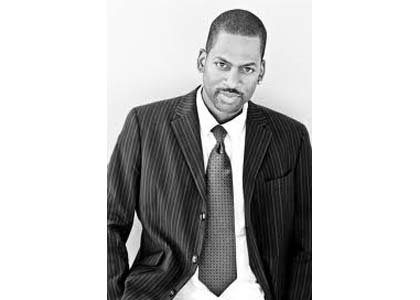 BALTIMORE — Comedian and actor Tony Rock has recently embraced a new platform as host of the legendary talent competition “Showtime at the Apollo.” Despite his new role, Rock is not neglecting his standup fans and is currently headlining a national tour that is set to come to Baltimore.

Tony Rock will perform at Magooby’s Joke House located at 9603 Deereco Road in Timonium, Maryland from Oct. 24-26. Rock recalled his first performance in Baltimore, “I said to the crowd 'New York is the Big Apple. What's Baltimore known for?' A girl in the crowd yelled out 'We got crabs!' I said 'So I guess I won't be sleeping with any women here'.

In addition to being a celebrated comedian and host, Rock is also recognized for his acting abilities in television and film roles such as the UPN network’s “All of Us,” “Everybody Hates Chris,” and the 2005 movie “Hitch” which starred Actor Will Smith.

Despite his variety of talents, comedy will always come first for the funny man. “Stand-up will always be my favorite because it's what I've always dreamed of. I'm actually living my dream. Every other opportunity such as acting and hosting is given to me because I'm a great stand-up comic.”

For those who may not have an opportunity to see him perform in person, the “Tony Rock Comedy” mobile app can be downloaded to cellular devices with the android system.