Chris Brown heads to rehab; seeks 'insight' into his behavior

Announcement comes after arrest in Washington on simple assault charge 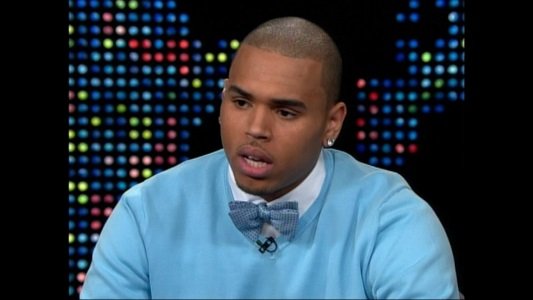 The singer's arrest Sunday on an assault charge put him on a path toward a possible prison sentence, but he will be in a rehabilitation facility as his next court date approaches.

"Chris Brown has elected to enter a rehab facility," said a statement Tuesday night from his representative. "His goal is to gain focus and insight into his past and recent behavior, enabling him to continue the pursuit of his life and his career from a healthier vantage point."

There has been no indication that Brown, 24, has a substance abuse problem. The behavior that has landed him in legal trouble over the past several years has been anger management.

Brown's brutal attack on former girlfriend Rihanna on the eve of the Grammys in February 2009 resulted in a felony domestic violence conviction that carried a lengthy probation period. A judge found him in violation of that probation in August because of discrepancies in proving he fulfilled the court-ordered 1,400 hours of community labor. He imposed another 1,000 hours of work.

The Los Angeles County district attorney appears in no mood to cut Brown any breaks, which suggests that prosecutors will ask for jail time for him because of the arrest early Sunday in the shadow of the White House. While the simple assault charge in Washington is a misdemeanor, it could trigger a probation revocation.

Brown is in a vulnerable position. The Los Angeles judge overseeing his felony probation could order him to complete as many as four years in prison for the beating of Rihanna if he is found in violation of probation.

Brown is due in a Los Angeles court on November 20 for a probation status hearing. Prosecutors have declined to comment on if they will seek to put him behind bars.

The U.S. attorney in the District of Columbia charged Brown and his bodyguard with simple assault for a brawl over the weekend in which a 20-year-old Maryland man suffered a broken nose. Brown spent 36 hours in a Washington jail and was taken to court in shackles Monday afternoon. He was released and ordered to report to his California probation officer within 48 hours.

The probation officer's job is to prepare a report for the Los Angeles judge who will decide if Brown will be found in violation of his probation.

Going to rehab -- as his rep said "to gain focus and insight into his past and recent behavior" -- could allow Brown lawyer Mark Geragos to argue that the entertainer is getting proper help for his core problem.

The statement from Brown's rep did not disclose where the singer is going for rehab, how long he intends to stay, or what might be a "healthier vantage point" for him.