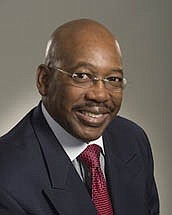 ANNAPOLIS — Carlton G. Epps, Sr., a decorated veteran, whose commendations include two Air Medals, the Purple Heart, a Bronze Star and a Bronze Star for Valor, has been named Director of Central Services for Anne Arundel County.

Epps currently serves as Chief Operating Officer for the Howard County Economic Development Authority (HCEDA), a position he has held since 2011. In this capacity, he oversees the day-to-day operations of HCEDA, which includes human resources, budgeting and accounting, procurement, contracting, facilities management, telecommunications and relations with Howard County government.

Before joining HCEDA, Epps held senior-level positions with Civic Works Inc; Associated Black Charities; Baltimore City Schools; Matrics, Inc.; and the Maryland State Retirement Agency. He also served nobly in the U.S. Army, where he was a Field Artillery Officer during Vietnam and a Special Forces Officer. He also served in the Army National Guard/Reserves. Mr. Epps earned both his bachelor’s and master’s degrees in Business Administration from Loyola College of Baltimore.

“I am very pleased to bring Carlton on board,” said County Executive Neuman. “I know, firsthand, the value he brings to an organization. I am pleased that Anne Arundel County will have the benefit of his organizational experience, and his calm and steady leadership.”