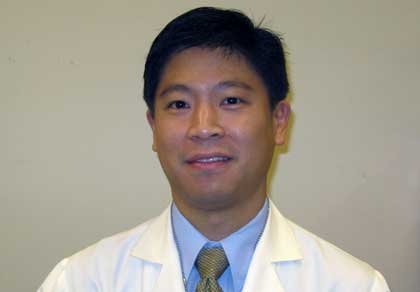 The disorder, has been considered by many to be a mystery, but strikes mostly young adults and disproportionately affects African Americans. 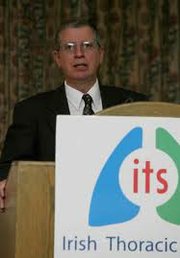 David Moller, M.D., professor at the Johns Hopkins University School of Medicine and director of the sarcoidosis clinic at Johns Hopkins Hospital.

“Symptoms include fever, rash, fatigue and breathing problems,” said pulmonologist David Moller, M.D., a professor at the Johns Hopkins University School of Medicine and director of the sarcoidosis clinic at The Johns Hopkins Hospital. “What I tell patients is that sarcoidosis is an inflammatory disease that affects people in different ways and we don’t know what triggers this inflammation, and it can occur in a number of areas in the body.”

Some patients, who are gravely ill from the disease, also are affected with weight loss and feel bad enough to see a doctor before much damage is done to the lungs or other organs, said Dr. Edward Chen, the assistant professor at Johns Hopkins University. “For these people, their long term outlook is good. However, some may have a much more gradual onset of symptoms, such as lingering dry cough, or more mild symptoms, and they may only see a doctor after months have passed and only because they finally realize that they have been coughing so long.”

Additionally, some patients may not exhibit any symptoms and very little activity of the sarcoidosis, and evidence of the disease only appears when tests are obtained for other reasons, according to medical officials.

“A text book example would be a patient that ends up in the emergency room after a car accident and then has a chest x-ray simply because of the accident. On the x-rays there is an abnormality that needs a biopsy to make sure it’s not cancer and some of these patients turn out to have sarcoidosis,” Dr. Chen pointed out.

While there are no therapies approved by the Food and Drug Administration (FDA), Moller says that clinical observations are important and patient responses differ.

Corticosteroids, such as prednisone are an effective and first line drug treatment.

Moller noted that other therapies, such as the antifolate metabolite, Methotrexate, can also be used as it contains both immuno-suppressant and anti-inflammatory properties and is widely used in the management of chronic inflammatory or autoimmune disorders such as rheumatoid arthritis, cirrhosis and severe resistant asthma.

There are other specific drug treatments, but patients should visit their doctors to determine which is best, Johns Hopkins officials said.

It has been estimated that sarcoidosis reduces the life expectancy in approximately five percent of cases. The most frequent causes of death are pulmonary, cardiac, neurological and hepatic disease, Moller said.

The link between sarcoidosis and overproduction of the suspected protein trigger, called serum amyloid A, was revealed in 2010, after a six-year investigation encompassing more than two dozen laboratory experiments, including some on diseased lung tissue samples from 86 patients in the Baltimore area.