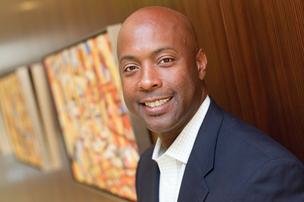 Sean Hull, established the Life and Breath Foundation to raise awareness and funds to help find a cure for sarcoidosis. A “Flip Flop Festivus,” will be held at the Royal Sonesta Harbor Court Hotel in Baltimore on Friday, September 20, 2013. Courtesy photo

BALTIMORE — Sarcoidosis isn’t a word you hear bandied about on city buses, in stores or even at the office of many primary care physicians. However, it has affected as many as one million people around the world.

“My mother had the disease and she passed away in 1996, but we didn’t know that was the reason she died,” said Ellicott City resident Sean Hull, who established the Life and Breath Foundation two years after his mother’s passing.

The foundation, which seeks to raise awareness and money to help find a cure for the disease, will host a “Flip Flop Festivus,” at the Royal Sonesta Harbor Court Hotel in Baltimore on Friday, September 20, 2013.

The event will feature past and present members of the Baltimore Orioles, as well as the Super Bowl Champion Ravens and other media personalities.

“My mother suffered 13 years with sarcoidosis, but I didn’t know what it was until the autopsy was done on her,” Hull said. “There are so many people who are walking around with this [disease] and so many celebrities like Bernie Mac and the former football player, Reggie White, who died from this. I think if we could reach out to those who knew and loved Bernie and Reggie and others like [actress] Tisha Martin-Campbell, we can raise enough awareness and money to beat this disease.”

Sarcoidosis affects one in every 2,000 Americans and African Americans are two-to-five times more likely to have the disease than whites. There is also a slightly higher prevalence in women of all races, according to Hull’s foundation.

Sarcoidosis, which is pronounced sark’koi-do’sis, involves inflammation that produces tiny lumps of cells in various organs of the body. The lumps are called granulomas because they look like grains of sugar or sand. They are very small and can be seen only with a microscope, according to the Centers for Disease Control and Prevention in Atlanta, Georgia.

Hull said there is hope if people would unite in the fight against the disease.

Three years ago, lung researchers at Johns Hopkins Hospital in Baltimore identified a possible protein trigger responsible for sarcoidosis.The cause of the disease had been a persistent mystery for nearly a century and strikes mostly young adults and disproportionately affects African Americans.

“My first thought was, ‘did I do something wrong? Did my family do something wrong?’ I just didn’t know what to think when I learned about sarcoidosis and that it was what my mom died from,” said Hull, a Division 1 college referee.

Hull’s foundation has raised more than $300,000 for research and continues to work toward helping to find a cure.

“Obviously the mission of the foundation is important to me as it could one day save my life. I have a wonderful family, an amazing five-year-old and a host of friends who I want to share the future with,” said Toni Robinson, an Ellicott City resident who suffers from the disease and regularly volunteers at the foundation’s Flip Flop Festivus.

Cascenta Whyte, a Bel Air resident who also has volunteered at the event says its important to find a cure for the disease— living with it can be frustrating, unpredictable and challenging.