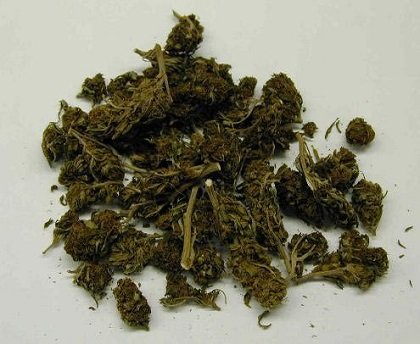 Julvette P. began abusing drugs at the age of 13. For the next 20 years her life spun out of control, fueled by illegal drugs and alcohol. She cannot remember what put her on the path to self-destruction nor does she have much memory of what she did to survive two decades of heavy drinking and smoking marijuana. However, she is acutely aware she neglected her responsibilities as a parent.

Julvette is now proud to say she has been drug-free for 19 years, crediting a Baltimore Substance Abuse Systems, Inc., (bSAS) treatment program for her sobriety.

She works full time at the Academy of Success, a West Baltimore human services organization. “It’s pretty crazy. I’ve used drugs in this building before,” says the 52-year-old Julvette. “These days I work here, trying to help people like me. I know from experience it takes patience, tolerance and the support of your family to beat addiction.”

Julvette’s personal life is on the upswing as well. She is engaged to be married, and has re-established contact with her three children. Julvette has regained control of her destiny, writing new, much happier chapters to her story, overcoming formidable odds to live free of the drugs that stole her childhood.

I am deeply moved when I hear parents publicly share personal, painful details of battles fought against drug abuse. These heartfelt testimonials make me wonder about the untold stories. I ask myself what their children went through during those "lost" decades. As an education writer, I am particularly concerned about the unique academic challenges faced by students whose parent or parents are former or recovering drug addicts.

An eye-opening article published by an organization called the Children of Alcoholic and Other Substance Abusers (COSA) paints a troubling portrait of life for kids raised by addicts. COSA describes these children as "a population without a clear definition," meaning the focus of remediation is on the child rather than the parent.

This is problematic because the parent does not have to still be actively drinking or using drugs, nor living in the home to continue to have a negative impact on the child's life and well-being.

As regular readers of Education Matters know virtually all the advice, suggestions and recommendations the column offers is rooted in the concept that well-informed, consistent parental involvement is the best, most effective way to secure a good education.

COSA suggests that students whose parents abuse drugs have the academic success cards stacked against them. "In families where alcohol or other drugs are being abused, behavior is frequently unpredictable and communication is unclear. Family life is characterized by chaos and unpredictability. Behavior can range from loving to withdrawn to crazy. Structure and rules may be either nonexistent or inconsistent."

Furthermore, "the abusing parent does not have to currently reside in the home to have a negative impact" on the student's life. COSA outlines a stunning list of conditions and situations encountered by these children; each has the potential to permanently impede learning.

"Children of substance abusers may be the victims of physical violence or incest. They may also witness violence— frequently alcohol and other drug abuse goes hand in hand with domestic violence."

COSA believes that children exposed to this level of violence are at risk for post-traumatic stress syndrome and may face “the same kinds of sleep disturbances, flashbacks, anxiety and depression that are associated with victims of war crimes.”

Because parents who abuse alcohol or other drugs are more likely to be involved with domestic violence, divorce, unemployment, mental illness and legal problems, their ability to parent effectively is severely compromised," diminishing their capacity to be effective advocates for their child's education.

"There is a higher prevalence of depression, anxiety, eating disorders and suicide attempts among [the children of drug abusers] than among their peers. In addition, these students are three to four times more likely than others to become addicted to alcohol or other drugs themselves."

These are all significant barriers to academic success.

Next week: Academic consequences and recommendations

Jayne Matthew Hopson writes about education because "only the educated are free.