Which college will land you the highest-paying job? 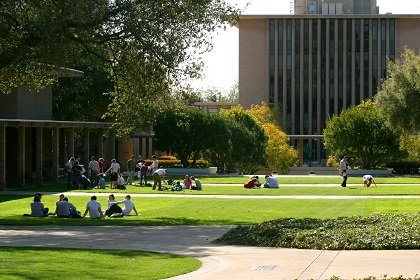 NEW YORK (CNNMoney) — The school's name may be Mudd, but its diplomas pay off like gold.

A decade into their careers, graduates with a bachelors degree from Harvey Mudd College, earned an average of $143,000 a year, making them the highest paid graduates of any school in the nation, according to an annual survey by PayScale that tracked salary trends for graduates of 1,016 U.S. colleges and universities.

Like many of the other schools topping PayScale's list, Claremont, Calif.-based Harvey Mudd college has a strong presence in the STEM (science, technology, engineering and mathematics) studies, all fields that pay well post-graduation, said Katie Bardaro, PayScale's lead economist.

Graduates from these schools earned an average mid-career salary of $124,300, up 1.5% from last year. Ivy Leaguers, with their tight alumni networks and prestigious reputations among recruiters, and engineering school grads were the highest earners of this group, PayScale found.

The highest starting salaries were claimed by graduates of the U.S. Naval Academy and West Point at $77,100 and $74,000, respectively. But those figures were typically for jobs taken after grads served five years of required military service post-graduation, said Bardaro. Also boosting pay: Military academies typically feature strong engineering programs, and grads can gain crucial work experience during their service years, she said.

Outside the military, graduates from Harvey Mudd earned a starting average salary of $73,300, while Massachusetts Institute of Technology grads earned $68,600.

The lowest mid-career salaries were earned by graduates at several campuses of for-profit University of Phoenix, as well as Shaw University in Raleigh, N.C., Alabama-based Faulkner University and Bethel University in Tennessee, according to PayScale. Graduates of the bottom 10 schools on PayScale's list earned an average salary of $45,240 10 years into their careers.

Which majors pay off?

Filling out the top five majors were nuclear, chemical and aerospace engineering degrees. Of the 15 highest paid majors, only one, government, didn't fall into one of the STEM categories.

Money isn't everything, of course, and PayScale also asked respondents if their jobs were meaningful, that is, whether "they make the world a better place."

Nurses ranked their job the most meaningful, while those in special education, medical technology and sports medicine also rated their jobs highly.

Meanwhile, a small percentage of workers in film production, fashion merchandising, fashion design and advertising felt their job was meaningful.

There was little correlation, however, between how meaningful a job is and job satisfaction. "Job satisfaction is more tied to salary," she said.

Basically, PayScale found: the more money people make, the better they like their job.

The PayScale survey collected responses from 1.4 million workers and reported findings only from those with bachelor's degrees -- not advanced degrees -- employed full-time in civilian jobs in the United States. It ranked schools by the median salary earned by graduates at least 10 years into their careers and by starting salaries.