Aging is part of life; HIV doesn't have to be 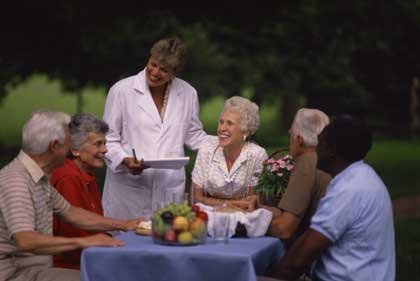 Today, with the help of antiretroviral treatment, people with HIV are living longer. September 18, 2013, is National HIV/AIDS Aging Awareness Day (NHAAAD). As of December 31, 2011, there were 28,197 cases of HIV in Maryland; 10,932 of these cases are Marylanders who are 50 years of age and older. It is estimated that by 2015 half of the people living with HIV in the U.S. will be over 50 years old.

“The health of elderly Marylanders who are at-risk for HIV is of great concern.” said Dr. Joshua Sharfstein, Secretary of the Maryland Department of Health and Mental Hygiene (Department). “Many people do not realize that certain signs of aging- mental confusion, weight loss, and feeling tired- can also be symptoms of HIV. We encourage residents who are 50 or older to get tested for HIV early. Residents already living with HIV and those placed on antiretroviral treatment by health care providers should remain on their medications to reduce the replication of HIV.”

“The Department is committed to working with community partners to support HIV education, testing and treatment activities in Maryland,” said Director of the Infectious Disease Bureau, Deborah McGruder. “We encourage all residents to avoid high risk behaviors including multiple sex partners, unprotected sex, sharing IV drug needles, and being too intoxicated by alcohol and drugs to make wise decisions. Get tested for HIV, and remember the NHAAAD theme, Aging is a part of life; HIV doesn't have to be.”

Melanie Anne Haskin Reese, a member of OWEL, has lived with HIV since 1999. Melanie said, "After being diagnosed with HIV, I spent one day feeling sorry for myself. I cried and asked God, 'why me?' The next morning I woke up saying 'why not me?'”

Melanie learned all she could about HIV through reputable websites, lectures, conferences and organizations. She became a community health and prevention educator, and shares her story in writings and during HIV/AIDS aging awareness testing, education and prevention presentations.

"Seniors sometimes have frequent sex, multiple partners, and intimate heterosexual and bi-sexual encounters without using barrier protection (such as condoms), because they do not feel they are at risk for Sexually Transmitted Diseases, and are not worried about pregnancy,” Melanie said. “Syringe sharing may occur between older adults who have diabetes and their friends, family and acquaintances to save on costs. Relatives who use injection drugs may borrow and return syringes unknowingly to the elderly.”

Melanie encourages seniors to be vigilant. Get tested for HIV and remain on treatment regimens if they are HIV positive. She said, "HIV is 100 percent preventable. My purpose is to encourage those who are HIV negative to stay negative, and to give those who are HIV positive hope and a reason to avoid risk behaviors, take medications, keep medical appointments, and live well."

To locate a testing site in your area, go to http://hivtest.cdc.gov/Default.aspx.