Keep guns out of dangerous hands

Daniel Webster: How could someone like Alexis legally buy and carry loaded firearms? 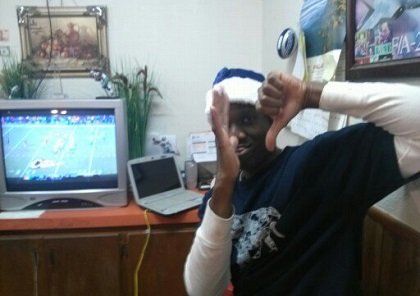 Aaron Alexis,34, is the contractor the FBI has identified as a suspect in the mass shooting at the Washington Navy Yard on Sept. 16, 2013. Kristi Suthamtewakul

CNN — We are still learning key details about Aaron Alexis, the man named as the shooter in this week's horrific mass killing at the Washington Navy Yard.

So far there is a record of at least two prior incidents in which Alexis fired a gun under circumstances that should have brought criminal charges. His time as a Navy reservist was checkered with accounts of insubordination and disorderly conduct. He was reportedly seeking treatment for mental illness (he was hearing voices and having problems sleeping). More importantly from the perspective of risk for violence, a former roommate reported that Alexis was a heavy drinker.

While much of the focus has been on how a person with this background obtained clearance to work at a military facility, a similar question could be asked about how he could legally buy a firearm in Virginia and allegedly obtain a permit to carry loaded firearms in Texas.

The gun lobby and other opponents to stronger gun laws like to talk about the rights of "law-abiding gun owners," but the policies in place in most states allow individuals with backgrounds far worse than that of Alexis to own legally as many firearms as they can afford and carry loaded firearms most anywhere.

To appease the gun lobby, lawmakers have created an environment where individuals with numerous convictions for misdemeanor crimes involving violence, firearm misuse, illegal drugs and alcohol abuse, and who have previously been subject to restraining orders for domestic violence, can legally arm themselves to the teeth.

Several states have stricter standards for legal possession of handguns than federal law, and states such as New York, New Jersey and Massachusetts give law enforcement some discretion in determining who should legally be able to buy and carry handguns.

My colleagues and I published a study last year where we found that in states with the weakest standards (similar to federal standards), nearly one-third of state prison inmates incarcerated for crimes committed with guns would have been prohibited from possessing firearms when committing their most recent offense if their states had standards for legal gun possession similar to those in place in high-standards states. With reasonable regulations such as background checks for all gun sales and proper regulation of gun dealers, many of these inmates would not have had guns to use in crime.

In order to reduce significantly the gun violence that occurs every day in communities across the United States, we must focus on the issues that matter the most where there is broad consensus. Public opinion surveys show large majorities of gun owners support stronger standards for legal gun ownership and policies designed to keep guns from prohibited persons, including universal background checks and stronger regulation and oversight of gun dealers.

We can't say for sure whether such policies would have prevented the recent mass shootings that have gripped our nation, but they would reduce a significant number of shootings that don't receive national news attention, though they are no less devastating to the individuals, families and communities.

Unfortunately, the gun debate in the United States has been just that -- a debate. Instead of engaging in the all too familiar, polarizing discussions that have characterized gun policy, let's act upon the things we all agree upon -- keeping guns from people who shouldn't have them.

The opinions expressed in this commentary are solely those of Daniel W. Webster.