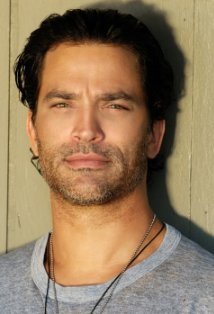 “The first season of ‘Ray Donovan’ is coming to an end,” said Baltimore native Johnathon Schaech about the dramatic series in which he co-stars with Jon Voight and Liev Schreiber as troubled A-list actor Sean Walker. The series airs every Sunday at 10:00 p.m. on Showtime. A second season has been picked up to air in 2014.

“I play the role of Sean Walker. He’s a big time movie star,” Schaech pointed out. “They brought me in [and] said, ‘Johnathon [you] are perfect for this role.’ I felt the role as more like Brad Pitt but they wanted him to be more over the top— like Tom Cruise.”

In addition to his Showtime role he also plays Tarak in Hercules 3D alongside Kellan Lutz (Twilight). Hercules 3D is due to be released in March 2014. He also has a role in the new “Star Cross,” a science fiction series on CBS. His credits also include the role of Jimmy Mattingly in the hit “That Thing You Do” with Tom Hanks.

For more information about “Ray Donovan” on Showtimes, visit: www.sho.com/RayDonovan.