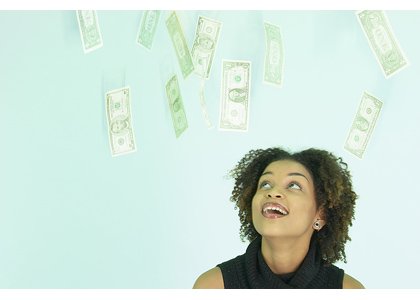 Payday loans – the small loans that come with big fees and triple-digit annual interest rates – pose serious threats to the financial well-being of borrowers. That was the conclusion reached by the Center for Responsible Lending (CRL).

“Whether they receive the loans online, in storefronts or through banks, the vast majority of borrowers cannot both repay the loan and cover all their basic living expenses until their next payday,” states the report. “Payday loans create a debt treadmill that makes struggling families worse off than they were before they received a payday loan.”

The newest chapters of CRL’s research series, The State of Lending in America, covering payday loans find these products continue to create a cycle of debt in which borrowers take out a loan, ostensibly pay it back, and then run out of money and have to take out numerous additional loans to afford their living expenses. In fact, even though payday loans are marketed as a convenient way to handle unexpected emergencies, the vast majority of borrowers use the loans for everyday expenses. Borrowers across the country pay more than $3.4 billion in fees. Further, more than two-thirds of these fees – at least $2.6 billion – are the direct result of payday loan “churning” or rapid and successive re-borrowing.

Any of five factors can create borrower problems and can lead to payday lending’s debt treadmill:

Lack of underwriting for affordability – the lending model relies on borrowers’ inability to afford their loans; High fees – often at an annual percentage rates of 400 percent or more; Short-term due dates – usually a borrower’s next payday, generally around two weeks; Single, balloon payment – the entire principal and related fees are due at the same time; and Collateral in the form of a post-dated check or access to a bank account – the lender is first in line to be repaid, leaving many borrowers short of funds for living expenses.

After years of consumer-focused reforms, 22 states, including the District of Columbia have enacted laws to curb or eliminate payday’s debt trap. In recent years, states with varying locales and demographics have rejected payday lending’s triple digit rates and imposed rate caps: Arizona, Montana, and Ohio.

In 2006, enactment of the Military Lending Act created a 36 percent rate limit and prohibited the holding of a post-dated check from active-duty military and their families.

Now, more payday-related developments are occurring at the federal level. Two regulators, the Federal Deposit Insurance Corporation and the Office of the Comptroller, are developing guidance to crack down on payday lending by the banks they supervise. Additionally, the Consumer Financial Protection Bureau (CFPB) recently issued a comprehensive report that reviewed more than 15 million accounts. CFPB is considering rules to address its own finding that the typical borrower is indebted for nearly 200 days in a year.

Even so, today 29 states still have no substantive restriction on payday lending.

Payday lenders in just 10 states collect 83 percent of all fees. Nationwide, there are 16,341 store locations; but only nine major operators control nearly 50 percent of these stores. Leading the list of states with the most payday lending activity are Texas and California followed by a host of Southern states including Alabama, Florida, Louisiana, Mississippi, and Tennessee.

In the area of bank payday lending, CRL found that:

Bank payday borrowers are two times more likely to incur overdraft fees than are bank customers as a whole;

Clearly continued state and federal reforms are needed. For a nation that prides itself on freedom, predatory debt is simply un-American.

For more information on the new chapters go to CRL’s web at: http://rspnsb.li/16pWoLB.