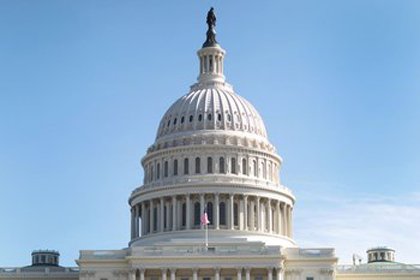 In 1965, the chairman of the powerful Ways and Means Committee, Wilbur Mills, brought legislation establishing Medicare and Medicaid to the floor of the U.S. House. That was my first year in Congress, and I remember vividly the moment Mills came to the Democratic caucus to explain his plans.

Many of us had been swept into office in the 1964 Democratic wave that accompanied Lyndon Johnson’s election, and we had an overwhelming majority in Congress. We could pass any bill we wanted. But Mills argued forcefully that we shouldn’t. Passing the law was one thing, he said, but what really counted was its implementation. With bipartisan support, the odds were much higher that the highly controversial measure could be rolled out effectively.

Mills was playing a very smart game. What he understood was that in the end, Americans’ lives would be affected not by what happened in Congress, but by what the federal government did with the law it was handed.

There are times these days when a story about someone in Washington caring about the government’s effectiveness feels as quaint as a tale about knights and dragons. Plenty of good, competent people serve both in Congress and within the ranks of the Executive Branch, but after years of abject failure— from the response to Hurricane Katrina to the initial rollout of the Affordable Care Act to the cost overruns, delays, and mismanagement that too often characterize federal programs— it’s hard to argue that the government is filled with people who know how to make it a model of efficiency and effectiveness.

This is crucial to fix. Not only do Americans want to see better performance from their government but federal executives— including the president— cannot achieve their policy objectives unless those under them are competent and high-performing. We have to rethink and transform how government does its business: cut the number of political appointees, reduce layers of management, reform the Civil Service and rein in outsourcing that costs the taxpayers billions more than they should be paying.

Some are too busy just trying to carry out policy. Others think government’s too big; they’re not interested in improving it, just in cutting it. Some use government to help their friends and allies. And some in Congress will be darned if they’ll let a drive for efficiency close a military base or federal office complex in their district.

I’m reminded though of a famous quote by Alexander Hamilton: “A government ill-executed, whatever may be the theory, in practice is poor government.” Our government has become so big, complex and riddled with competing agendas that its performance— its ability to execute faithfully the law— is terribly compromised. As NYU Professor Paul Light points out, there are too many decision-makers, too many bases to touch, too many layers of management, too many managers in each layer and too little accountability.

Government today is highly pressured and deals with tough, complicated problems. It needs to be able to recruit and retain first-rate talent; you don’t want a second-rate lawyer negotiating a nuclear arms treaty.

Unless we deal with these problems, failure is baked into the system. The American people have to demand that the president and the Congress not just enact legislation, but also implement and manage government programs effectively and efficiently.