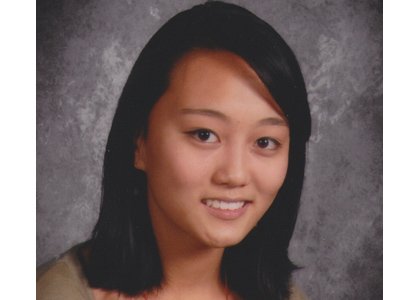 Lisa Su calls what the future holds for her, a mystery.

However, the 18-year-old Towson honors student has left some of the most intelligent individuals in academia without any doubt about how bright her future can be.

The senior at the Carver Center for Arts and Technology is one of 16 students to receive the prestigious Portfolio Gold Medal Scholarship and Writing Awards from the Alliance for Young Artists. 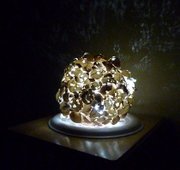 An example of Lisa Su's artwork

“It’s exciting,” said Su, who not only claimed a gold medal for her art portfolio which she titled, “New Life,” but the energetic artist also earned two silver medals for her sculpture work.

Since 1923, the Scholastic Art & Writing Awards have been the country’s longest-running and most prestigious educational initiative supporting student achievement in the visual and literary arts.

Students in grades seven to 12 from public, private and home schools throughout the country, as well as American-run schools abroad are eligible to participate, officials said.

“The art world is very competitive,” said Su, who will be recognized onstage at an awards ceremony at New York’s famed Carnegie Hall in June.

Her art will also be featured as part of a special exhibit at the Parsons New School for Design and the Pratt Manhattan Gallery in New York.

“In making my portfolio, I didn’t think about the competition, but the award and the ceremony, which I’m definitely looking forward to, is very nice,” Su said.

In addition to the medals, Su will receive a $10,000 scholarship for her efforts.

“The Scholastic Art & Writing Awards serve as clear validation of young artists’ and writers’ creative talent, persistence and promise in their respective fields,” Virginia McEnerney, executive director of the Alliance for Young Artists & Writers and the administrator of the Scholastic Awards, said in a news release. “It is our honor to share in these defining moments of achievement for our nation’s teens and to elevate their unbelievable talent on the local, regional and national levels. We see it as a privilege to support them on their journey to becoming artists, writers, designers, doctors, business owners or any aspiration they are determined to realize.”

This program year more than 255,000 works of art and writing were submitted to the more than 100 affiliates of the Alliance for regional adjudication.

Leading up to the awards announcement, students who received regional gold and silver keys, as well as honorable mentions, have been celebrated in all corners of the country, according to the release.

Although Su says she is considering attending several liberal arts schools for college, including Carnegie Mellon and Washington University, she is not quite sure what she will pursue for a career once she graduates.

“It’s a mystery,” she said, noting that she remains a huge fan of artists such as Andy Warhol and Zac Posen. “We will have to wait and see.”

For now, though, she is looking forward to the awards ceremony in New York on June 5 and 6, 2014 where the famous Empire State Building will be lit in gold to honor the winners.

“I know that I’ve always enjoyed creating art,” Su said. “As soon as I was able to hold a pencil, I loved art and I’ve learned so much at Carver and I’m just excited right now.”