Ditching letter grades for a 'window' into the classroom 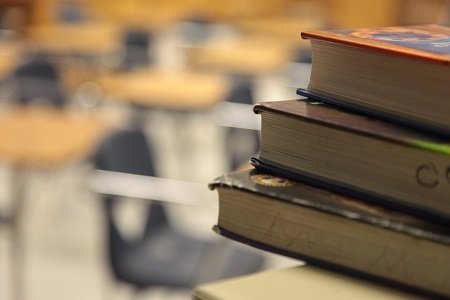 CNN — Krista Wolfram might be out running errands or in the pickup line at her daughter's school when the alert appears on her smartphone.

Sometimes, it's a picture from 7-year-old Serenity's writing journal, with a line or two of feedback from her teacher; or, it could be a video of Serenity singing in music class.

The messages come at least once a week, sometimes more, and provide Wolfram with more than just a brag book of images. It's real-time insight into her daughter's learning, enabling her to think ahead about how she can help Serenity at home.

The messages started going out to some parents at Georges Vanier Elementary School in Surrey, British Columbia, in fall 2013 as part of a pilot program. The school wants to make communication between parents and teachers more detailed, frequent and collaborative.

Because Wolfram is getting frequent updates about her daughter's educational highs and lows, there are no surprises come report card time. Eventually, the district is hoping to phase out periodic report cards in favor of regular, descriptive communication and a year-end summary or portfolio review, Surrey school district Superintendent Jordan Tinney said.

"We're trying to boil it down to what do parents really want and need to know about a child's progress in school? How can we give parents a window into class?" Tinney said.

"We believe traditional report cards are highly ineffective in communicating to parents where their children are in learning. If we can communicate this learning routinely to parents, then we see the need for report cards and the stamp of letter grade going way down."

Schools around North America are trying to replace traditional report card grids of letters and numbers with descriptive feedback about students' mastery of topics. Rather than a series of cumulative scores in each subject based on a mashup of tests, homework, extra credit and behavior, schools are trying to show how well students understand core concepts -- and involve parents more in the process.

In the education world, it's often called standards-based grading. It's become the norm at most elementary schools, and it's gaining momentum at the secondary level.

Still, it can be a struggle for parents who remember their own semester report cards and the easy comparisons made between As, Bs and Cs or number scales. Others, like Wolfram, like the change.

"It's been helping me feel like I'm more connected to my daughter and her classroom," Wolfram said. "By visually seeing my child's work, I can see what the teacher means by 'She's not writing enough,' and work with the teacher to fix the problem."

The philosophy behind standards-based grading is generally consistent from school to school, but it can look a lot different in practice.