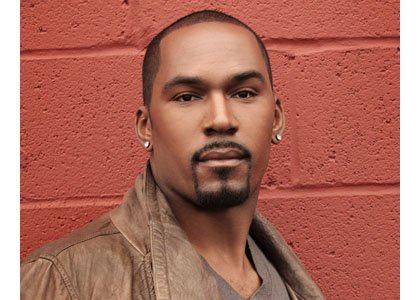 Sultry tenor Keith Williams is zooming up the charts with his latest radio single “As For Me and My House” from his Top Ten “Tone For Worship” (EPM Music Group) CD. The ultra-smooth track boasts a nostalgic `90s R&B groove in the flavor of R. Kelly’s “Step in the Name of the Love.” The hypnotic melody has leaped over new songs by the likes of Marvin Sapp and Charlie Wilson to land in the Nielsen BDS Top 100 Gospel Songs chart this week.

Williams wrote the engaging tune with Mark Jackson who has collaborated with R&B hit makers such as Trey Songz. Together they have crafted a memorable rhythm that’s as at home in an upscale nightclub as it is in a church pulpit. “I would love to be seen as an artist who bridges the mainstream world and the church world,” says Williams. “I think this song is a way to reach people who may not attend church or listen to gospel music regularly. The main thing is getting God’s message to them whether they hear this song in a church or somewhere else.” With his nuanced vocals and urbane manner, Williams is becoming to gospel what Maxwell and Sade already are to Adult R&B radio.

Williams is a classically trained pianist and vocalist. He has spent the last two decades as a worship leader at prestigious churches across the United States such as Ebenezer A.M.E. Church in Ft. Washington, Maryland and the historic Ebenezer Baptist Church in Atlanta. Over the years, Williams has written songs for Jennifer Holliday, Dottie Peoples and others. His debut CD, “…& Again I Say Rejoice,” appeared in 2008. As President and Creative Director of EPM Music Group, Williams has also been at the helm of the production and arranging of Earnest Pugh’s #1 hits “Rain On Us” and “I Need Your Glory.”

For more information about Keith Williams and the exciting activities in his life and music, visit: www.IamKeithWilliams.com or www.epmmusicgroup.com.