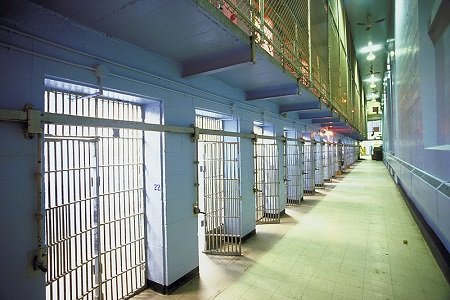 “Under a government, which imprisons any unjustly, the true place for a just man is also in prison.” —Henry David Thoreau

Education Matters continues “The School to Prison Pipeline: Black Students Targeted for Cages not Classrooms.” Michelle Alexander, an associate professor of law at Ohio State University is the author of “The New Jim Crow: Mass Incarceration in the Age of Colorblindness.” She recently sat with Rebekah Skelton, an education and social justice blogger for a Q&A examining the systematic criminalization and incarceration of African American children.

Rebekah Skelton: In your own words, describe the school-to-prison pipeline.

Michelle Alexander: The school-to-prison pipeline is part of a larger caste-like system where children are shuttled from their typically decrepit and under-funded schools to brand new, high-tech prisons. At very young ages children are given the message that not much is expected of them and that they are likely one way or another to wind up in prison.

Our schools are still largely separate and unequal and what’s different about this era than in times past is not just the inferior quality of education that is provided to young people, but the criminalization of young people in many schools across America. The types of minor infractions that would give you a trip to the principal’s office once upon a time now can result in handcuffs and a trip to the county jail.

So really, the school-to-prison pipeline, in my view, reflects the system that’s been created to dispose of our children rather than educate them, counsel them and empower them to do well not only academically, but to imagine a future for themselves that does not include a cage and a lock and key.

RS: What would you say to the people who say “These kids are being disruptive in class and breaking rules, they deserve to get a ticket, or to be taken to an alternative school”?

MA: There was a time when we understood that children needed to be supported in making good choices. That in youth and immaturity, kids are going to make mistakes, and they’re going to screw up, and particularly kids who are damaged, who are victims of abuse, who may be dealing with violence or with severe poverty in their homes or in their communities, that kids in these circumstances may well act out.

For young kids in relatively privileged, suburban neighborhoods who find themselves experimenting with drugs or getting into fights, the first response is “let’s get them in counseling, let’s get them in treatment, let’s get the parents involved and see if we can help this kid turn his life around.”

But the first impulse when a young black kid acts out in class or gets caught with some weed is to punish. And I think we really have to interrogate that punitive impulse. We have to examine, what is it about us that leads us to respond in such a punitive fashion to poor kids of color? Why isn’t this our first impulse with privileged kids, particularly white kids who we understand will make mistakes, but can also go off to college?

RS: So, what's the impulse that makes us respond in that punitive manner?

MA: I think we still, as a nation, have deep-seated, unconscious, as well as sub-conscious, stereotypes and biases. Particularly about black men, but kids of color in general, that lead us to be less compassionate, less forgiving, and less optimistic about their ability to make a meaningful contribution to our society. It seems normal for those kids to be at the bottom of the hierarchy.

Imagine a school district in which the white kids were the ones who were constantly being pulled out of class, kicked out of school, arrested and sent to jail, but all the black kids, or most of them, trotted off to college. People would say “what is going on here?” It would just be treated as utterly bizarre and it would defy all expectations.

But, we’ve gotten accustomed to thinking of young black kids as troublemakers and underperformers. So their failures and suffering doesn’t disturb us as much, doesn’t defy our expectation.

I think there is unconscious bias and stereotyping even among those of us who claim to care, and believe that we’re non-racist. We have these stereotypes that have been ingrained in us not just for decades, but for centuries, and they won’t go away easily. We’ve all been socialized to have these perceptions and expectations of kids of color.

Next week: The conclusion