Indie Soul: Navasha Daya and Don’t Do What We Did 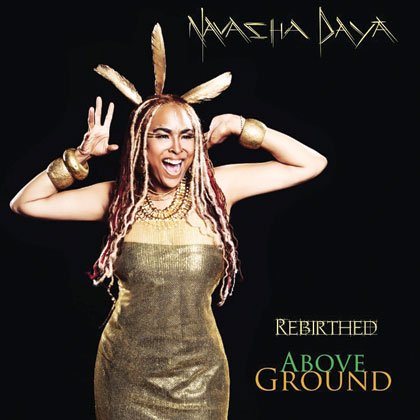 This week’s Indie Soul is about recording artist Navasha Daya’s project “Rebirthed Above Ground” and “Don’t Do What We Did,” a guide to online dating the right way.

Navasha Daya: The EP entitled “Rebirthed Above Ground” was released in December 2012. As an independent artist, there is an understanding that ground swell for listeners and support grows organically. Navasha has crafted something that she created from her heart. She wrote, produced and arranged every song on the EP and chose live instruments on the project for a fuller soulful sound.

The former “Fertile Ground” singer delivers in way that many of her fans have come to expect. Whether it’s in the community of Baltimore giving her 100 percent or performing for her thousands of fans worldwide, Navasha doesn’t disappoint. If you have not heard her or want to see where she will be next, visit: http://www.navashadaya.com.

The book, “Don’t Do What We Did!” is a conversation about online dating written by Michelle Y. Talbert and Ricardo Kingsbury. The authors discuss everything from profile pictures to sex and safety. They share their mistakes and the stories of people who have participated in online dating— some are engaged, many would never do it again.

Talbert and Kingsbury once dated but are no longer a couple. They got back together professionally to write the book and host a radio show on BlisFm called “They Met Online,” which airs on Sundays at 9 p.m.

Talbert and Kingsbury have both been married twice and collectively they have amassed almost 20 years of online dating experience. In addition to their own experiences, they have spoken with countless online daters and realize that they all want the same thing— happiness. The book is very informative and interesting. “Don’t Do What We Did!” is available through Amazon.com.