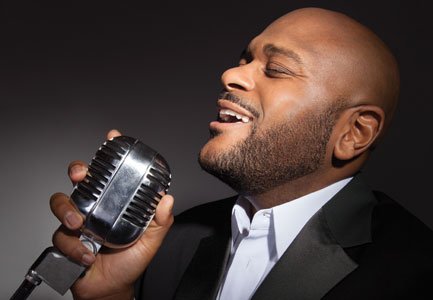 American Idol winner Ruben Studdard will perform with the Soulful Symphony on Saturday, May 3, 2014. (Courtesy photo)

The Hippodrome Foundation, Inc (HFI) is proud to announce the world premiere performance of acclaimed composer and conductor Darin Atwater’s latest original work, So Many Stars - a Concerto for Soulful Symphony on Saturday, May 3, 2014 at 8:00pm at the France-Merrick Performing Arts Center of the Hippodrome Theatre. Atwater wrote this multi-movement work specifically for the musicians of Soulful Symphony, an 85-member orchestra with vocals comprised mostly of African-American and Latino musicians, to showcase their soul, passion and virtuosity.

Atwater references by title the famous Concerto for Orchestra by Bela Bartok as a framework for his latest original composition, while using the signature themes that run throughout his symphonies to make this a truly American work. This is the largest piece Atwater has composed since partnering with the Hippodrome Foundation, Inc. (HFI), the non-profit partner of the Hippodrome Theatre, in 2010, making Soulful Symphony the first resident ensemble at the France-Merrick Performing Arts Center. Atwater’s growing library of symphonic orchestrations continues to garner national attention; Creative Artists Agency (CAA) the world’s largest talent agency, has just announced they will be representing Atwater.

The concert will feature a special guest appearance by singer Ruben Studdard, winner of season two of “American Idol” over ten years ago. Studdard, who released his sixth studio album, “Unconditional Love,” earlier this year, is a longtime admirer of Atwater’s work.

In addition to performing a number of his own songs, Studdard will sing a selection of Luther Vandross songs including some of the late R & B artist’s greatest hits such as “A House is not a Home,” “Superstar,” and “Here and Now.”

Some of Baltimore’s rising stars will also have a chance to shine during the concert.

Students from Lansdowne High School chorus will perform songs they having been working on under the guidance of Soulful Symphony musicians throughout the school year. Atwater and Soulful Symphony musicians have worked directly with HFI to help Baltimore students develop musical knowledge and appreciation as well as life goals through HFI’s Hipp Artist in Residence Program. HFI’s Hipp Artist in Residence Program is one of the foundation’s signature programs, along with Camp Hippodrome, and regular master classes. Proceeds from the concert will benefit HFI’s education and outreach programs.