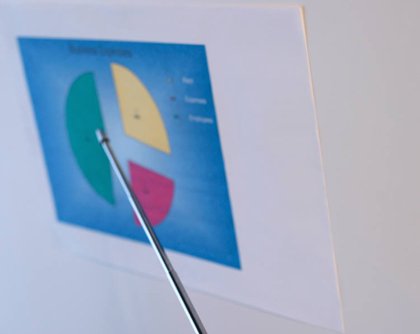 In a speech this past February, Attorney General Eric Holder said, “Americans need to reconsider the punishment that convicted felons lose their right to vote.”

While some states have means for felons, usually those convicted of non-violent crimes, to regain their voting rights, Holder said, "an estimated 5.8 million Americans— 5.8 million of our fellow citizens— are prohibited from voting because of current and previous felony convictions."

Holder claimed 2.2 million African-Americans, or nearly one in 13 African-American adults, cannot vote because "[t]hese laws, with their disparate impact on minority communities, echo policies enacted during a deeply troubled period in America's past— a time of post-Civil War discrimination."

Senator Rand Paul (R-KY) also recently weighed in on felon voting rights, saying: "It's an important issue. When you look at who is being deprived of voting, they are disproportionately people of color."

By the Attorney General's own numbers, most of the people restricted from voting are not African-American. But Holder, like Paul, similarly and rightly observed these laws do have a disproportionate impact on communities of color. Paul, however, didn't go as far as Holder in suggesting such restrictions are akin to institutionalized racism in the 19th century.

The word "disproportionate" nonetheless deserves some discussion, as its application, or lack thereof, is sometimes dubious.

Holder and Paul both observed the proportion of African-Americans disallowed from voting because of felony status is significantly larger than the proportion of the general population that similarly cannot vote. While salacious language such as "post-Civil War discrimination" is questionable, there is no question it is disproportionate.

Consider abortion. Regardless of one's stance on abortion, ending a pregnancy is, without a doubt, an emotionally devastating prospect for a female. Per federal estimates, more than three times as many African-American pregnancies end in abortion compared to white pregnancies. There is no question this is disproportionate. New York City officials reported that 42.4 percent of all city abortions in 2012 were of non-Hispanic black babies, and that more non-Hispanic African-American pregnancies ended in abortion that year than in live births. This is clearly disproportionate, yet this disproportion fails to incite liberal outrage. In fact, liberals would oppose any attempt to reduce it.

Consider economics. Janet Yellen, the new chairman of the Federal Reserve, said quantitative easing— the Fed's economic stimulant— will continue at near-zero interest rates. According to Washington Post estimates, only one in four African-Americans invest in stocks, bonds or mutual funds. Yet nearly half of whites own such investments. It's not a stretch to say African-Americans disproportionately do not take advantage of the Fed's policy, which helps inflate the stock market and negatively affects savers by keeping interest rates low.

Why is this disproportionate impact not lamented by the mainstream media?

The word "disproportionate" is very powerful. It would be nice if it could be applied consistently.

Hughey Newsome, a business consultant in the D.C. area, is a member of the national advisory council of the black leadership network Project 21. Comments may be sent to Project21@nationalcenter.org.