Government as innovator? You bet! 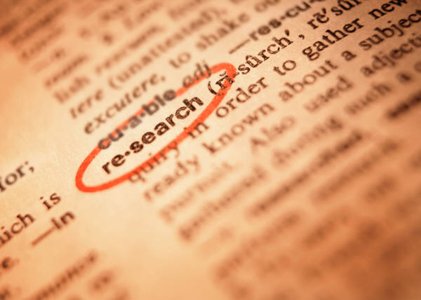 Five years ago, the federal government spent $169 billion to fund basic research and development. This fiscal year, it’s down to $134 billion.

People who believe in public belt-tightening applaud drops like that, but in this case they’re wrong. We need to boost the government’s investment in R&D, not slash it.

Let’s begin with the federal government’s record, which is nothing short of impressive. The bar codes that revolutionized inventory control and tracking were developed with a grant from the National

Science Foundation. Google’s founders depended on government grants for their early research into search algorithms. Computer touch-screens, computer-aided design, GPS navigation, voice-activated “virtual assistants,” the Internet— all were based on government research or funds. So were key advancements in agriculture (including the “easy-care cotton” you’ll find in your permanent-press slacks), the horizontal drilling techniques that have turned the U.S. into a natural-gas powerhouse, and many life-saving pharmaceuticals.

The plain truth is that much of the research that catalyzes and accelerates technological advance is too risky, too slow to pay off, or too expensive for the private sector to undertake. Clearly there is a government role to play in underpinning economic dynamism. “Not only has government funded the riskiest research, whether applied or basic, but it has indeed often been the source of the most radical, path-breaking types of innovation,” wrote Mariana Mazzucato, a British economist, in her book “The Entrepreneurial State” last year. “To this extent it has actively created markets, not just fixed them.”

The point is not that government investment in research and development is better than private-sector investment, but that collaboration between government and industry puts us in a stronger position competitively than either sector acting alone. Both are needed to solve big problems.

Which is why the cuts we’re seeing in federal R&D spending are so alarming. We’re

already down to a level of funding last seen over a decade ago, and a study last year by the American Association for the Advancement of Science sees some $53 billion in federal R&D investment at risk if the sequester remains in place for another three years. It is impossible to know how many new products and even new industries won’t get developed as a result, but it’s certainly safe to say that the U.S. economy— and we as Americans— will bear the cost of these unspent dollars well into the future.

We live in an era of pervasive anti-government sentiment. There is no question, as I have argued many times before, that both Congress and the executive branch need to improve their game and learn how to become more effective and less wasteful of both time and money. But the importance of federal spending on research and development is undeniable. At a time when we as a nation face mounting economic challenges and a raft of eager business competitors, cutting investment in R&D, rather than expanding it, is foolhardy.