How some colleges are offering free textbooks 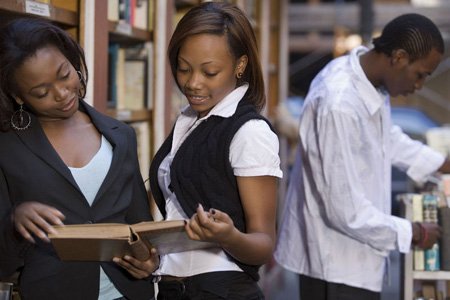 (CNN) — College student Caitlin Ryen works two jobs to support herself and pay tuition at South Florida Community College. When a new semester rolls around, that usually means choosing which textbooks to buy, or not buying any at all, she says.

The 22-year-old caught a break this term when she found out her physics course materials were free. Instead of asking students to buy a textbook from a major publishing company, Ryen's professor assigned a free digital textbook that he customized for the class.

Ryen's professor, Erik Christensen, began exploring the format in 2007, when a student asked to borrow a textbook because he couldn't afford one. While looking around for affordable alternatives, Christensen came across the concept of open-source textbooks, or course materials offered for free online by their authors under a nonrestrictive license.

This year, it saved Ryen from having to decide which books to buy, and enabled her to spend $230 on biology course materials, she says. It makes other parts of her life easier, too: She can read her physics textbook on her smartphone before her bartending shift or between classes.

"I think it's great. I use it whenever I can find time to study," she said. "It helps in those moments when you have a little bit of extra time in a place where you wouldn't normally bring a bulky textbook."

Open textbooks are catching on among educators and institutions looking to save students money. A 2014 study by The Student Public Interest Research Groups, which advocates for open textbooks, found that textbook costs are deterring students from purchasing assigned materials and impacting their course selection -- and schools are starting to take notice.

"The degree of unaffordability is getting to the point that it's hurting learning," said David Wiley, co-founder of Lumen Learning, which helps schools adopt open educational resources.

Then why aren't open textbooks more common? Many educators say they are content with proprietary textbooks and don't want to alter their class syllabus for a new text -- a time-consuming task.

Others believe open textbooks don't face the same academic or editorial scrutiny as proprietary texts, which is true with some versions. The nonprofit College Open Textbooks, which promotes awareness and adoption of open textbooks, said in a 2012 report that "copy editing is an issue" with many open texts, noting that "if [they] were to have the same editing quality as proprietary textbooks, they would proliferate faster."

It raises the question of which is better for students: an imperfect textbook or no textbook at all?

To address this concern, publishers of open textbooks are beefing up academic oversight to offer peer-reviewed material that they say is comparable to proprietary textbooks. And, they're finding an audience.

The biggest group of adopters of online education resources are community colleges, where the estimated average $1,200 spent per semester on books and supplies represents a bigger chunk of a student's overall education expenses, experts say.

As the quality of resources improves and technology makes it easier to adopt, bigger state schools and private institutions are getting on board.