Higher education too important to fail 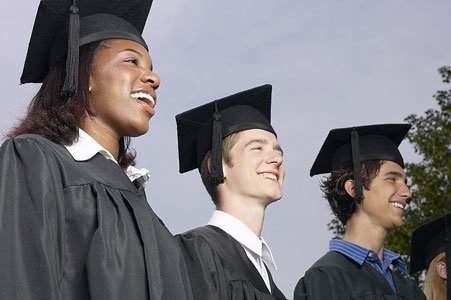 (NNPA) — We may as well call it “Edu-pay-tion,” as far as many prospective students are concerned. The cost of a college degree has risen 1,120 percent since 1978, but wages have increased a mere six percent during that same period. The national collective college debt is more than $1 trillion. We have college grads mired in $29,000 of debt, on average, while they are looking for jobs that do not exist. Parents and grandparents of those grads are also saddled with much of that debt, which is immune to bankruptcy, and they will have to make the payments until they die.

What have we gotten ourselves into?

The greed that accompanied those easy-to-obtain, just-sign-here college tuition loans, borders on immoral. Financial institutions were like Black Friday crowds, trampling one another to get in on the act. New lending operations cropped up every day, and new proprietary colleges and universities opened their doors throughout the nation, advertising their degrees and easy to get loans for tuition. What would happen if students and parents just stop paying on that $1 trillion debt? Who would pay then? Bingo! I can see another bailout coming, and this time it will be for student loans.

Ethical implications exist on both sides— the lenders and the borrowers. But no matter what side you take the problem is still here and is looming as yet another bubble about to burst in the near future. As many schools are raising their tuition costs, despite the ominous specter of a meltdown, many prospective students are opting out of their plans to attend college. But where does that leave them in today’s “jobless market”? Sounds like a catch-22.

This nation trails many other countries in various fields of education, and we will find ourselves even further behind if this tuition bubble is not deflated very soon. Our young people will not be able to compete on a national level, much less on an international level, without access to adequate, relevant and higher educational experiences. In other words, the famous mantra, “Leave no child behind” will soon become, “Help every child catch up.”

We have smart bombs and dumb children. We have the ability to kill people with drones without even seeing them, but we cannot— but will not— provide adequate education for our children whom we see every day. We have spent trillions destroying and rebuilding Iraq and Afghanistan, but a meager amount to secure the future of our own youth. Now we are sending money to Ukraine, along with all the other places to which our dollars flow, while our young people slip further down the education scale. Our priorities are all screwed up.

This is not to say that money alone will solve all of our education problems, but more of it, pointed in the right direction, sure would make a positive difference in our current educational crisis— and that’s exactly what it is. Simply throwing money at a problem only results in it being caught by folks for whom it is not meant. The students are at the bottom of the food chain and see little or no benefit from money meant to help them.