Indie Soul: From the Rough and JSoul 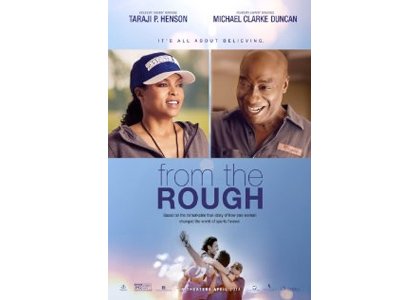 This week’s Indie Soul features a movie about golf and the independent music release from Baltimore’s very own JSoul.

From the Rough: The story of HBCU golf coach Catana Starks, played by Taraji P. Henson and the last film with Michael Clarke Duncan, before he passed away.

“From the Rough” tells the inspirational story of how Starks— the first woman, and first African American woman, to ever coach an all-men's golf team on any college level. Starks was the coach of Tennessee State’s girls swim team before switching over to coach the men’s golf team; a job nobody wanted. The athletic director, played by Henry Simmons, tries to undermine Catina’s efforts to create a championship level team while instilling values, pride, leadership in her team members The film touches on key factors that still exist in today’s society: the value of women in the work place, prejudice within the black community, how the world sees other people, and friendships. It was wonderful to see Henson, play a frumpy, isolated complicated character for a change. This will be the first Indie Film of the summer that will make major noise among a slew of summer movies and blockbusters

JSoul: One of the most gifted talented writers, producers, and vocalists has released his latest project: Blue Midnight. The Baltimore native’s twelve song CD/Digital download contains some of his best work to date. With musical guest appearances from Deborah Bond, DJ Harvey Dent, Joel Mills, and a few others, JSoul has crafted one of the year’s BEST soulful sounds. Standout tracks include: Love Affair, Beautiful Affair, Good Morning, and Cool. If you are missing the SOUL in black music today, trust JSoul has what you are looking for just in time for summer. Pick up your copy today or listen before you buy: http://www.cdbaby.com/cd/jsoul13