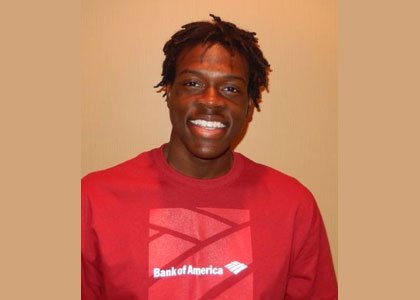 Eighteen-year-old Shawn Key and seventeen-year-old Evodie Ngoy (below( were selected as Bank of America Student Leaders this year. As part of the program, they received a fully paid internship at Teach America in Baltimore and participated in a weeklong leadership summit in Washington, D.C. (Courtesy Photos: Bank of America)

BALTIMORE — It wasn’t that long ago that Shawn Key was homeless. The 18-year-old from Baltimore doesn’t talk much about that aspect of his life, except to say that, “sometimes, homelessness happens.” 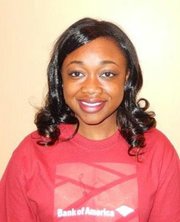 However, Shawn never wavered in his determination and he never lost sight of the dream that Martin Luther King, Jr. spoke of so fervently decades before he was born.

“King was one of the greatest leaders of all time and I want to follow in his footsteps,” said Key, graduated Patterson High School and has been accepted to Morehouse College. He says that will major in political science because it’ll be a means to helping his community as much as he possibly can.

He’ll also take up a minor in sociology because, during his research of Dr. King, he found that the civil rights icon also went to Morehouse and studied that same subject.

“The best way to help the community is to do it through the bigger issues,” the teen said. “And, in a real sense, the way to really address many of the issues we face in our community is through the justice system and political science undoubtedly leads to law.”

Earlier this summer, Key was named as one five Bank of America Student Leaders, who are selected for a three-month, fully paid internship at Teach for America in Baltimore.

As part of being a Student Leader, Key also participated in a weeklong leadership summit in Washington, D.C., where he and others say that the experience was life changing.

“It’s a wonderful learning experience and I love learning; and I love meeting the type of wonderful people we’ve met through the Bank of America program,” said Evodie Ngoy, 17, a senior at Digital Harbor High School.

A refugee from the Democratic Republic of Congo, Ngoy is a filmmaker at Wide Angle Youth Media where she also volunteers. Her films are focused on violence, bullying and the difficult transition refugee students have adapting to America’s culture.

“I want to continue in film making and, in the future I plan to go back to the Congo and build a school in my father’s village. I want every kid in the village to be able to have that education. I want to be part of those people that make children who are not fortunate enough and I want to help to make their dreams become valid and make it a reality,” said Ngoy, who has won the Princeton Prize in Race Relations from Princeton University and first prize for Student Documentary at the 6th Annual International WAMNFEST.

This year marks the 10-year anniversary of the Bank of America Student Leaders program, which is part of the bank’s ongoing commitment to help the unemployed and the underserved get the training and education they need to secure and keep jobs, with a particular focus on connecting youth to employment opportunities.

Since 2004, more than 2,000 teens have been recognized as Student Leaders across the country.

Despite gains in the overall job market, teens still have the highest unemployment rate nationwide, which rose to 21 percent in June, up from 19.2 percent the prior month, according to the latest numbers from the Bureau of Labor Statistics.

Research indicates that teens who are gainfully employed have lower dropout rates, are more likely to continue their education to pursue long-term career goals and ultimately show an increase in lifetime earning potential.

“We know that when young adults succeed their community thrives,” David Millman, Maryland and Baltimore Market President, Bank of America, said in a news release.

“As teens in Baltimore once again face a tough time finding summer jobs, our Student Leaders program connects them to valuable experience in today’s competitive workforce and helps them build a solid foundation for future financial success.”

For Shawn and Evodie, they are already enjoying the success the program intended for students.

“Even if you just look at them taking us to D.C. for the summit where I met so many people,” Key said. “But, of all the dignitaries and others who were there, what I remember and cherish most is the fact that I met 224 like-minded intellectuals who were of one accord and who are all trying to do positive things for their communities. It was a wow moment!”