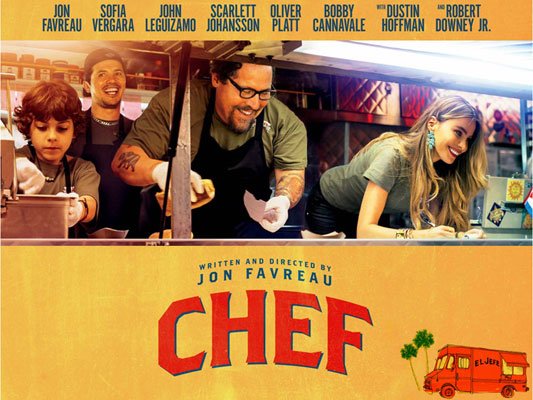 With everyone talking about Comic-Con, Planet of the Apes, and Transformers, people tend to forget the smaller, simple movies like Chef starring Jon Favreau.

Favreau, who also directed the film, plays Carl Casper whose only passion in life is cooking and trying to be a better father to his son played by Emjay Anthony.

Casper wants to be creative and bring fun excitement to what he prepares but his money hungry boss, Riva, played by Dustin Hoffman, objects and wants Casper to stick with what's been working for the last five years. When a well known food critic, Ramsey Michel (played by Oliver Platt), stops by for a review, he trashes not only the menu but Casper as well. As events spiral out of control, Casper must decide what is most important in his life: working for someone who doesn’t appreciate his talent or finding happiness working for himself.

“Chef” is about self-discovery, relationships, and finding out what is important in life. If you love food and cooking, you will enjoy this. The soundtrack was awesome mixed with some old school flavor and Cuban music! Checkout the movie-trailer on our Facebook Page: www.facebook.com/TheBaltimoreTimes .