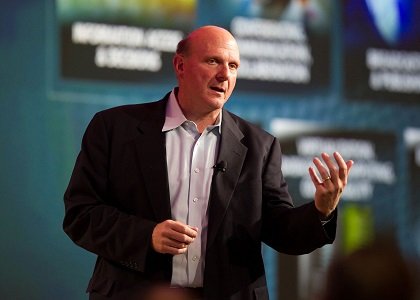 The sale marks the end of Clippers ownership by billionaire Donald Sterling, who battled his estranged wife, Shelly, in a California probate court last month over control of the couple's trust, which owned the NBA franchise.

Donald Sterling, 80, lost that legal battle when the California probate judge ruled that the deal by Shelly Sterling to sell the Clippers to Ballmer could move forward. Donald Sterling bought the Clippers in 1981 for about $12 million and was the longest-tenured owner in the NBA.

The negotiated $2 billion sale price is a record for an NBA team.

In April, Sterling came under fire for making racist remarks against African-Americans in comments to his companion V. Stiviano. The recorded conversation was published online.

In response, the NBA banned Sterling for life, fined him the maximum $2.5 million and moved toward terminating the Sterlings' ownership rights in the franchise.

The sale of the Clippers closed after "the entry of an order by a California court confirming the authority of Shelly Sterling, on behalf of the Sterling Family Trust, to sell the team," the NBA said Tuesday.

"The NBA Board of Governors previously approved the sale and Ballmer is now the Clippers Governor," the basketball league said.

Shelly Sterling became the sole trustee of the couple's trust in May after two doctors determined that Donald Sterling was mentally incapacitated. He was diagnosed with early Alzheimer's or other brain disease.

Sterling challenged his wife's takeover of the trust, but California probate Judge Michael Levanas ruled in Shelly Sterling's favor, saying she acted properly in removing her husband from the trust that owned the NBA team.

The judge further ruled that the sale could go forward regardless of appeals by Donald Sterling.

Sterling has sued the league for $1 billion, claiming antitrust violations in its handling of the matter.

He also is suing his wife and NBA Commissioner Adam Silver, seeking monetary damages in civil court. Court documents filed by Sterling's attorneys call the potential deal "unlawful" and "fraudulent" and ask for an injunction to block the sale.