Robin Williams and depression: We all wear a mask

Suicide is a major cause of death, highest among those 46-64 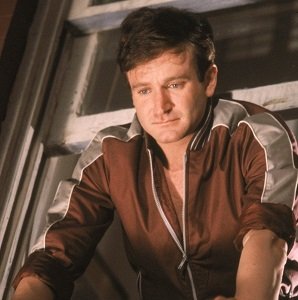 (CNN) — Smart, successful, funny and handsome. Robin Williams seemed to have it all. And yet, today he is dead. Apparently, by his own choice.

But why? What went wrong?

The joy, spontaneity and humor of Robin Williams likely masked the daily torment he endured in his on-again-off-again struggle with depression. He made us laugh out here, but he was in pain in there. Unfortunately, I know that pain.

In his death, we have lost one of the most talented and creative spirits on the planet. Still, his death by suicide should be a wake-up call for us all. It is to remind us that many of us are walking a fine line -- smiling on the outside while slowly dying on the inside.

I didn't know Robin personally, so I am unable to speak with any certainty as to why he chose to end his life. But I have experienced that kind of torment and pain. For years, I, too, struggled with depression. And many days, I still do.

Those who are suffering will do just about anything not to feel the pain anymore. And in those moments, their brains become their worst enemies. It often takes an outside force to provide light, to make sure those dark thoughts aren't, as in the case of Robin, our last thoughts.

The rate of suicide is rising in all age groups except 85 and older and is highest in individuals 45 to 64, according to the American Foundation for Suicide Prevention.

We know and feel that the stigma of mental health is making it even harder for those of us who need support to reach out and get it. Living with depression is isolating and demoralizing and often reinforces the pain that we are in.

We can't let these tragedies continue. The ripple effect is immeasurable. Now, his loss has to change how we move forward.

When someone dies, it is tragic. But when someone dies by suicide, there are so many competing emotions from all who are touched that there is no understanding the impact. We all wonder 'why?'

No two lives are identical and to make judgments about another's choice is often more destructive than helpful. But we have to remember that everyone is dealing with their own stuff behind their own mask. We don't know what's really going on, so we must be careful not to judge.

Too many are dying because of the deafening silence. Everyone you know goes through or is going through the fire, and that's the truth.

For me, depression has been part of my journey for a very long time. Long before I knew what to call it, there it was walking with me, side by side. There it was, holding my hand, invading my thoughts causing me to sleep longer, eat more and rarely smile whenever I spent time alone with myself.