Southern diet linked to death in people with kidney disease 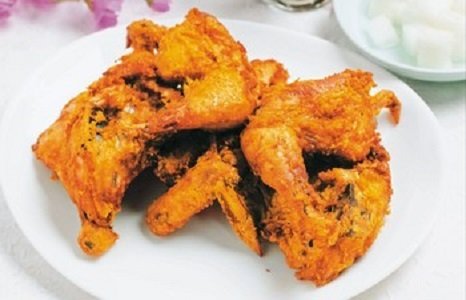 LUTHERVILLE, Md. — Eating a Southern-style diet results in higher death rates in those with kidney disease, according to research published in the August issue of the National Kidney Foundation's American Journal of Kidney Diseases.

“The study highlights the impact of different dietary patterns, specifically processed and fried foods, on the higher risk of death in individuals with chronic kidney disease,” said Sumeska Thavarajah, MD, Assistant Professor of Medicine at Johns Hopkins University in Baltimore and chair of NKF-MD’s Medical Advisory Board. “It reinforces the need to promote a healthy lifestyle incorporating a diet of fruits, vegetables, and lean proteins and regular exercise as part of the efforts to improve overall health of individuals with kidney disease.”

According to the National Kidney Foundation, modifying lifestyle through healthy diet as well as controlling blood pressure and blood sugar, quitting smoking, regular exercise and maintaining a normal weight, can reduce the risk of kidney disease and related conditions.

“This is the first study to identify a regionally specific diet pattern that is highly associated with adverse outcomes among persons with kidney disease,” said lead author Orlando Gutiérrez, MD, Associate Professor of Medicine at the University of Alabama at Birmingham. “It’s well known that the Southern region has poor health outcomes in a number of different areas including stroke, heart disease and sepsis, and that the style of diet plays a role.”

Using the Reasons for Geographic and Racial Differences in Stroke (REGARDS) study, the research team identified 3,972 participants who had stage 3-5 chronic kidney disease, but had not started dialysis. They then analyzed dietary patterns in those individuals. Those who primarily ate a cuisine of processed and fried foods, organ meats and sweetened beverages, items popular in Southern diets, had a 50 percent increase in risk of death over a 6.5-year follow-up period.

While many studies have looked at individual nutrients such as sodium or potassium and their effect on longevity in kidney patients, this study focused on dietary patterns.

“People don’t eat nutrients in isolation,” said Thomas Manley, director of scientific activities, National Kidney Foundation. “This study suggests that those caring for people with kidney disease should be focusing on patterns of eating and reducing processed foods and saturated fat, rather than on individual minerals and nutrients. It’s the overall patterns that are strongly associated with adverse outcomes.”

The same study showed that while a healthy diet alone— composed primarily of whole foods, fruits and vegetables— was associated with improved survival, it had no protective benefit when it came to progression to kidney failure.

“This doesn’t mean that eating a healthy diet doesn’t help, but it suggests that healthy lifestyle overall— not smoking, exercising and eating right— the combination of these things is more important for kidney health,” Dr. Gutiérrez said.

The National Kidney Foundation (NKF) is the leading organization in the United States dedicated to the awareness, prevention and treatment of kidney disease for hundreds of thousands of healthcare professionals, millions of patients and their families, and tens of millions of Americans at risk. For more information, visit: www.kidney.org.