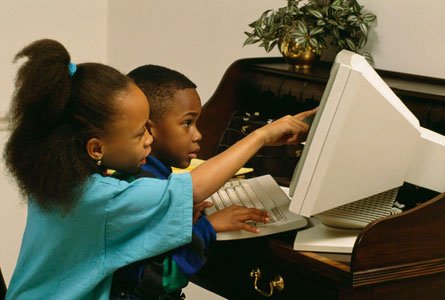 On Monday, August 4, 2014, Comcast announced that the company will include up to six months of complimentary service for any new family that has not yet applied for Internet Essentials. Families who are approved for Internet Essentials between August 4 and September 20, 2014 will receive up to six months of Internet service. Since 2011, Comcast’s innovative broadband adoption program has connected more than 350,000 families, or about 1.4 million low-income Americans, to the power of the Internet. The program is available in 39 states and the District of Columbia.

Comcast also announced an amnesty program for certain low-income families who could qualify for Internet Essentials, but have a past due balance. Customers who have an outstanding bill that is more than one year old are now eligible for the program. Comcast will offer amnesty for that debt for the purpose of connecting to Internet Essentials, so long as the customer meets all the other eligibility criteria.

“Internet Essentials is about transforming lives and inspiring a new generation of leaders to be digitally ready to access the information and tools all students need to succeed in the 21st century,” said David L. Cohen, executive vice president for Comcast. “By offering up to six months of complimentary Internet Essentials service, along with an amnesty program, we hope to convince even more families that there is no better school supply than having broadband Internet at home. With it, kids can do their homework and parents can be more connected to their children’s teachers and schools.”

Throughout the back to school season, Comcast will actively engage with parents, teachers, non-profit partners and elected officials to help spread the word to low-income families about the program. The Company plans to air an unprecedented number of public service announcements (PSAs) that promote the new, six months complimentary offer, and to focus on schools where 100 percent of students receive a free lunch through the National School Lunch Program and can therefore automatically apply. Comcast will also continue to offer families the option to purchase a computer at less than $150, as well as provide access to free digital literacy training online, in print and in person.

Since 2011, Comcast and the Comcast Foundation have dedicated more than $200 million in cash and in-kind support to fund digital readiness initiatives nationwide, reaching more than 1.75 million people through non-profit, digital literacy partners. In 2013, Comcast announced its largest non-profit collaboration to date with Khan Academy to bring free, world-class online educational content to more low-income families. Khan Academy offers a personalized online learning experience to students, in subjects from basic math to physics, biology, economics, art history, computer science, health and medicine and more. Khan Academy has provided 400 million lessons and learners have completed over 2 billion exercise problems. Comcast has committed to airing hundreds of thousands of PSAs for and providing significant digital promotion, in both English and Spanish, of Khan Academy and its educational resources.

In March, Comcast announced the indefinite continuation of Internet Essentials, well beyond its original three-year commitment. The program’s impact continues to grow as the company works to expand its national and local efforts to address the digital divide for eligible students and families.