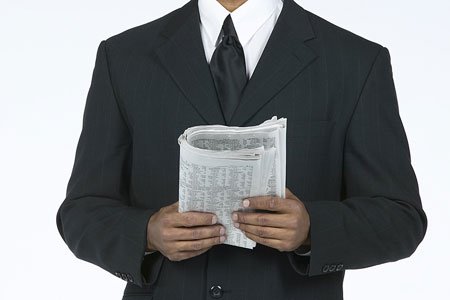 Every day, we turn on the television and hear about all the wars in the Middle East. Life is bad in the Middle East. Take your pick of Syria, Iraq, Afghanistan and currently Israel and the Gaza strip. We aren't hearing good news from any of those places. So what's new?

The cold murder of Major General Harold Greene and other soldiers this week is a reminder that we can't even trust the people we are trying to help. These people have been killing each other for thousands of years. Why after all these years can these people not learn to live at peace and help each other? They hate each other as much or more than ever before. They are barbaric as ever with bigger weapons. News hasn't changed much. So what's new?

Ebola is big news because the disease is so deadly. In Atlanta, Nancy Writebol and Dr. Kent Brantly are now fighting for their own lives. These two good people have been helping the sick in Liberia and contracted the disease. Every day people in Africa are plagued with HIV, sickness and death from drinking dirty water, plus much more. Americans battle rampant cancer, diabetes, heart disease, neurological diseases, blindness and more. The news doesn't seem to change. Here we are in 2014 with all of modern medicine and every day we are fighting the ugly war of a multitude of health problems in America. The news is the same. So what's new?

The weather is news. The Hawaiian Islands this week are facing two hurricanes of major size. The largest storms in a long time are bearing down on the tiny islands. Soon, the gulf coast and Florida can expect sizable storms and hurricanes as the season is now here. A major argument against fossil fuel use is climate change. I don't think we can blame every storm and hot day on using coal and oil. However, the world is changing and within the next 20 years we will see a large reduction in fossil fuel use, as we turn more to natural gas, wind and solar energy. I predict we will continue to see hurricanes, tornadoes and hot weather. However, treating our planet kindly with cleaner energy should be something that a modern civilization would want to do. Unfortunately, many don't care as too many can only think about today, me, my and I. So, what's new?

We all saw something wonderful this week at Stirling, near Perth Australia. Hundreds of people used their combined strength to push a subway car off a man's leg. A handful of people could never have accomplished the task. A huge number of people spontaneously joined efforts and saved a man's life. They accomplished a miracle. This was great news. I'm glad our elected American Congress and Senators weren't there. They could never have combined their efforts to save that man. So what's new?

Glenn Mollette is an American columnist and author. To contact him, email: GMollette@aol.com.