Keyshia Cole and Nelly, and powerhouse couple David and Tamela Mann Give audiences a glimpse at life behind their fame 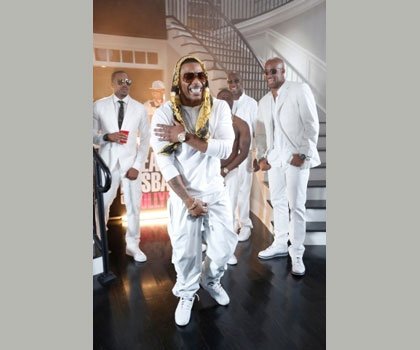 The fall TV season is quickly approaching and over the next few weeks, Indie Soul will shine the light on networks and shows aimed specifically at the African-American community. First up is Black Entertainment Television also known as BET.

BET has added three reality shows to their line-up:

“THE UNTITLED KEYSHIA COLE PROJECT” is a docu-series that reveals her continued struggles with the real-life issues including career complications, marital strife, motherhood challenges, and jealousy from siblings. Laced with humor, drama and a hefty dose of love, the series will document Keyshia’s painful setbacks and personal victories as she continues to defy her critics. The series will consist of six 30-minute episodes.

“THE UNTITLED NELLY PROJECT” is a docu-series following Nelly, as he navigates his busy career as a hip-hop icon, successful entrepreneur, loving father to his biological children and his deceased sister’s children - all while nurturing a blossoming friendship with “Miss Jackson,” the ex-girlfriend of a world famous boxer, Floyd Mayweather. Jr. Known as an iconic, multi-platinum recording artist and one of the most notable figures in modern pop culture, Nelly has also been dominating the business world with his fashion line, Apple Bottoms, and as co-owner of the NBA Charlotte Bobcats. Despite his soaring career, Nelly’s crowning achievement is being a devoted father, friend, and mentor. This unprecedented series will grant viewers an all-access pass to Nelly’s unique life in eight thrilling one-hour episodes.

“THE UNTITLED MANNS PROJECT”: Internationally famous for their starring roles on stage and screen, Tamela Mann (Diary of a Mad Black Woman, Madea’s Family Reunion, Sparkle) and David Mann (Tyler Perry’s Meet the Browns, Tyler Perry’s Madea Goes to Jail) have become household names for their starring turn in “Meet the Browns.” “The Untitled Manns Project” will take a peek behind their celebrity on-screen personas, exclusive events, and famous friends, to the down home lives of the real David and Tamela Mann. In eight 30-minute episodes, viewers will get a taste of their careful balancing act among being celebrities, entrepreneurs, and parents to four adult children – all while maintaining their 26-year marriage. Viewers may have met the Browns, but this show introduces the Manns like you’ve never seen them before!

Times and dates, have not been released by BET but check out the website www.bet.com for more information. Check back next week as Indie Soul will have more on the fall 2014 television schedule.