Trayvon's mom to Michael Brown's: 'Neither of their lives shall be in vain'

Fulton writes the Browns will "hear character assassinations about Michael" 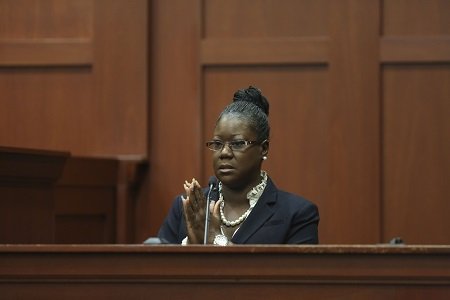 In the days since Michael Brown was shot and killed, protests have filled the streets in Ferguson.

But beyond the signs, marchers and tear gas, there's the pain and grief of a family. It's a pain Sybrina Fulton can relate to.

"I wish I had a word of automatic comfort, but I don't," she writes in an open letter to Brown's parents.

Fulton has been there. She, too, lost a son in a shooting death that also triggered protests and outrage.

Her son was Trayvon Martin.

"I hate that you and your family must join this exclusive yet growing group of parents and relatives who have lost loved ones to senseless gun violence" she writes in the letter published in Time magazine. "But Michael is much more than a police/gun violence case; Michael is your son."

Two and a half years ago on Feburary 27, 2012, Fulton's son was shot and killed by George Zimmerman, a volunteer neighborhood watch captain. The case quickly drew national attention as weeks went by without formal charges.

President Barrack Obama publicly addressed the case, much like he has in the Brown shooting.

And as we've seen with the Brown shooting, protests in support of Trayvon and his family went nationwide.

In the Brown shooting, a grand jury may begin to hear testimony as early as Wednesday and decide on whether to return an indictment against the police officer who killed him, Darren Wilson.

Meanwhile, key questions in the case remain unanswered and a debate over what we do know plays out in public.

Police have released video of Brown taking part in an alleged convenience store robbery, and a purported friend of the Wilson called into a local radio station claiming that Brown attacked the officer and disobeyed an order to freeze. It's an account that a source with detailed knowledge of the investigation later told CNN matches what Wilson himself has told investigators.

However, both the video and the account of events contrast sharply with what witnesses and family members have said about the incident and Brown's character.

Perhaps in reference to this public debate, Fulton writes the Browns will "hear character assassinations about Michael which I am certain you already have."

She adds, "This will incense and insult you. All of this will happen before and continue long after you have had the chance to lay your son to rest."

"Honor your son and his life, not the circumstances of his alleged transgression," Fulton writes. "I have always said that Trayvon was not perfect. But no one will ever convince me that my son deserved to be stalked and murdered. No one can convince you that Michael deserved to be executed."

Fulton pledges that "neither of their lives shall be in vain" and ends her letter with a fiery call to action. "If they refuse to hear us, we will make them feel us."

"Some will mistake that last statement as being negatively provocative. But feeling us means feeling our pain; imagining our plight as parents of slain children. We will no longer be ignored."