The White House is sending three officials to Brown's funeral 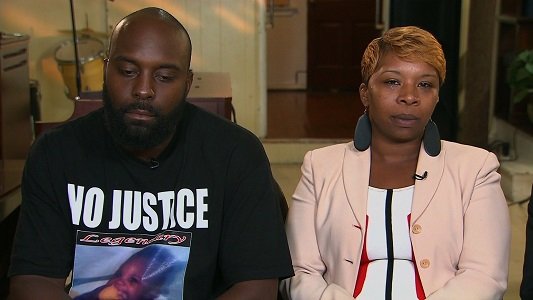 FERGUSON, Missouri (CNN) — Michael Brown will be laid to rest Monday, and his father says he just wants one thing: peace.

"Please, please take a day of silence so I can, so we can, lay our son to rest. Please. It's all I ask," Michael Brown Sr. said at a rally in St. Louis on Sunday.

Brown,18, was fatally shot on August 9 by officer Darren Wilson while walking down the streets of Ferguson, Missouri.

His death sparked days of violent protests in the St. Louis suburb. In the past several days, things have calmed down, and the town is slowly coming back to life.

Brown will be eulogized at the Friendly Temple Missionary Baptist Church in St. Louis.

The White House is sending three officials to his funeral, including one who attended high school with his mother.

One of them is Broderick Johnson, who leads the White House's My Brother's Keeper Task Force. He'll be joined by Marlon Marshall, a St. Louis native who attended high school with Brown's mother, and Heather Foster. Marshall and Foster are part of the White House Office of Public Engagement.

"We don't want anything tomorrow to happen that would defile the name of Michael Brown," the Rev. Al Sharpton said Sunday. "This is not about our rage tomorrow. It's about the legacy and memory of his son, and the mother's son, and their families."

Two weeks after the shooting sparked violent protests, the mood turned more tranquil over the weekend with smaller crowds and lots of music. Gone were police in riot gear and defiant protesters. The tear gas, rubber bullets and Molotov cocktails were nowhere to be seen, either.

In their place were clusters of officers, hanging around businesses, chatting with one another.

"Dr. Martin Luther King Jr. always had music as an element of protest," said the Rev. E.G. Shields Jr., who helped organize the event. "He knew there was a way that music helped soothe the soul."

Race has been at the forefront of the tensions; Brown was African-American and the officer who shot him is white.

Wilson's supporters held a rally in St. Louis on Sunday, where organizers announced they had raised more than $400,000 for the officer.

St. Louis authorities have released details of the racial and gender makeup of the grand jury, which started hearing testimony on Wednesday.

St. Louis County is 70% white and 24% black, according to last year's estimate by the U.S. Census Bureau.

Unlike a jury in a criminal case, which convicts someone if jurors are convinced of guilt "beyond a reasonable doubt," a grand jury decides whether there is "probable cause." They decide whether to charge someone with a crime based on testimony and evidence presented in the absence of a judge.

In Missouri, they don't have to be in unanimous agreement to press such an indictment, as long as nine of the 12 agree on a charge.

The federal government is conducting a separate investigation.

The federal investigation must prove there was an element of "racial hostility" in the shooting. That's a higher standard than the one before the St. Louis County grand jury.

The 12 members of the grand jury are crucial. They may be the first to reach a decision on whether the case will be defined as a murder charge, a lesser charge or no charge at all.

CNN's Faith Karimi and Dana Ford contributed to this report.