Douglas McAuthur McCain: From American kid to jihadi in Syria

Douglas McCain was born in Chicago and grew up in Minnesota 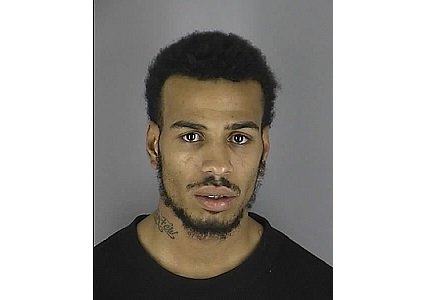 He was a basketball-loving kid from the Midwest who turned into a jihadi fighting for terrorists in Syria.

Exactly what spurred Douglas McAuthur McCain's metamorphosis remains murky. But while his radicalization and death have stunned loved ones back home, his actions abroad have raised fears that other Americans may follow suit.

Here's what we know about the 33-year-old man who died while fighting for ISIS, the radical militant group that has captured swaths of Iraq and Syria and spawned major concerns in the United States:

He grew up in Minnesota

McCain grew up in the Minneapolis suburb of New Hope, his friend Isaac Chase said.

"When I first moved here, I didn't know anyone, so I went to the park and I would see him and his brother and a bunch of other people playing basketball, and he asked me if I wanted to play," Chase said.

"We just hung out pretty much from 10 o'clock in the morning all the way until nighttime. We'd just play basketball and talk. ... He was an older guy that I looked up to. He was actually a good dude."

Chase described McCain as a nice, quiet young man, but one who was looking for purpose in life.

When Chase joined the Air Force in 2007 and served in Iraq, McCain was impressed that his friend was making something of his life and wanted to do the same, Chase said.

But after learning that McCain died while fighting for ISIS, which is trying to rule an Islamic state across Iraq and Syria, his friend was bewildered.

"It just hurts a little bit knowing that if he was over there and I was over there at the same time, we would've been going against each other," Chase said. "That's what hurts the most because he was a good person, and I just don't understand why anyone would do anything to the U.S."

His family is stunned, too

McCain's transformation to a jihadi left his family "devastated" and "just as surprised as the country," said his uncle Ken McCain, who lives in Minnesota.

Chase described McCain's mother and father as good parents. He said the mother attended church regularly, and the father is deceased.

McCain converted from Christianity to Islam several years ago, his uncle said.

He described the nephew he knew as "a good person, loved his family, loved his mother, loved his faith" -- the latter being a reference to the Christianity he practiced before his conversion.

The family wasn't alarmed by his conversion. But McCain's Facebook posts sympathetic to ISIS got relatives' attention, the uncle said.

He said they last heard from McCain several months ago, when he said he was traveling to Turkey.

His cousin insists he's not a terrorist

McCain's cousin Kenyata McCain said she can't believe allegations that her cousin is linked to a terrorist group.