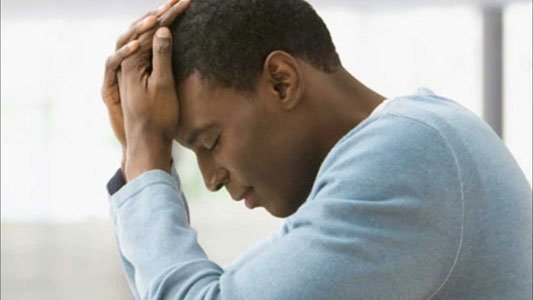 Major depression has been discovered to be the single largest cause of disability in the world, despite that fact, it routinely goes unrecognized, undiagnosed and untreated. (Photo courtesy/BET))

Stress wreaks havoc on the mind and body. Until now, it has not been clear exactly how stress influences disease and health, but researchers at Carnegie Mellon University in Pittsburgh said they have found that chronic psychological stress is associated with the body losing its ability to regulate the inflammatory response.

“Prolonged stress alters the effectiveness of cortisol, which regulates the inflammatory response because it decreases tissue sensitivity to the hormone,” said Sheldon Cohen, a professor of Psychology at Carnegie Mellon’s Dietrich College of Humanities and

Cortisol counts as a steroid hormone that’s activated in the body when there’s a prevalence of stress. “Inflammation is partly regulated by the cortisol and when cortisol isn’t allowed to serve this function, inflammation can get out of control,” Cohen said.

Health officials say when it comes to stress, no group has more anxiety than African Americans. More than ever, blacks are facing a reduction in income, a lack of adequate employment, housing discrimination and other issues that can trigger mental health problems.

Also, those in the African American and other minority communities are less likely to access care for mental health issues because of the stigma that surrounds depression, a lack of self-esteem and other problems, according to Sophie Clark, the executive director of the National Alliance on Mental Illness (NAMI) in Washington, D.C.

Researchers say major depression has been discovered to be the single largest cause of disability in the world and despite that fact it routinely goes unrecognized, undiagnosed and untreated.

At least 10,000 Baltimore residents suffer from mental health issues, according to figures obtained from NAMI. Officials say African Americans should not wait for assistance and they also must take the initiative in letting their physicians and loved ones know if they’re experiencing mental health problems.

Dr. Kisha Davis, director of community outreach for the Casey Health Institute, an integrative medicine center in Gaithersburg, Maryland, says blacks tend to rely on family, religious and social communities for emotional support rather than turning to health care professionals.

“The care providers they seek may not be aware of an important aspect of the person’s life,” Davis said.

In a study produced in July by the medical journal, General Hospital Psychiatry, researchers found that blacks with depression and another chronic medical condition, often don’t receive the proper mental health treatment.

Those who do seek treatment for depression are likely to receive medications from a primary care provider and are less likely to get care from specialized mental health providers, said the study authors at Carnegie Mellon.

Consequently, those patients rarely receive the standard mental health care that’s recommended in the guidelines provided by the American Psychiatric Association. “People who have depression are more likely to develop other diseases and vice versa,” said Amma A. Agvemang, one of the study’s authors.

“We found depression treatment below par for minorities, even those with

co-morbid diabetes or hypertension. Having a mental illness makes both more complex to treat, and the rate of obtaining depression treatment remains low for this population,” Agvemang said.

Health care experts also remain adamant that many of the problems associated with mental illness can be traced back to stress. Regardless of race or background, all would do well to avoid stress.

“The immune system’s ability to regulate inflammation predicts who will develop a cold, but more importantly it provides an explanation of how stress can promote disease,” Cohen said. “When under stress, cells of the immune system are unable to respond to hormonal control, and consequently, produce levels of inflammation that promote disease. Knowing this is important for identifying which diseases may be influenced by stress and for preventing disease in chronically stressed people.”